So who are Re:Love?

JH – Re:Love is a collaboration between James Hudson, Mark Tarrant and Mark Bowey.

What are your respective roles?

JH – I’d say predominantly Mark Bowey is creative, Mark Tarrant is operations and I tend to deal with the business side of things, but also get involved with the creative as I studied design at university. My parents were hoteliers back in the UK and I grew up in the industry, but also having a design background, I tend to flit between that and ops.

MT – I’ve been in the industry since I was about 11 years of age, stocking fridges and doing glassy work when I was 16 and then went on to TGI Fridays and various other bars in London and in Europe too.

Who leads the bar and cocktail lists?

JH – We took on Hugh Payten-Smith when we launched Rum Diaries as bar manager and he has had a lot of influence on the lists.

MT – When Rum Diaries first opened up I created the cocktail list, but because we as operators tend to get our hands dirty and don’t have the minions of a Justin Hemmes or Dave Evans, we have been so busy. With Rum Diaries we stripped it and did all the renovation work ourselves as well. It’s the same at (Cream) Tangerine. Every wall you see, every bar top we did ourselves.

JH – We were having a laugh the other day about writing a book on how to open a venue on a shoestring budget, it was literally as Mark said, we were painting, we were building all the way through till we opened, we were waiting tables, bartending, managing.

MT – I’ve been a consultant for quite a while, working with Bar Solutions and it’s easy to jump in and be flown off somewhere to open up a venue. When you do that everything is there for you. But to actually build the venue and then open on top of that is a real challenge.

So if you did write that book, how many chapters would be devoted to ‘how not to do it because we cocked it up’?

JH – (Laughs) To be honest with you we have been more than fortunate. The only cock-ups we’ve had have probably been as a result of our own positivity and arrogance that we could do it. Looking back on what we have done on the budgets we had and the amount of hours we’ve put in over the last year, it’s fucking ridiculous. You know, it’s not a thing that you would think plausible to do but we pulled it off.

One of my other questions was going to be how many days off have you had in the last year?

MT – (laughs) Well he’s (JH) just been on holiday as you know. But not much aside from that.

How has Cream Tangerine’s first three months of trading been?

MT – Its been good, very good. We are predominantly an outdoor venue so November was a bit tricky for us but December was absolutely fantastic and January is also looking to be great.

JH – It is weather dependent obviously, so November was tricky.

MT – But even when it rains we still get a good crowd. We just roll down the shutters round the bar.

Now for the obligatory Credit Crunch question – have you felt any effects of the global financial crisis?

JH – People will drink regardless, either to celebrate of commiserate and I think at the high end, which is the demographic we get through Diaries and Tangerine – not complete top end but in the upper bracket, and I think that bracket tends not to be so affected.

MT – I think quite a lot of fine dining restaurants are struggling but we have made sure that Rum Diaries is quite approachable, it’s the way we have always angled ourselves. Its not expensive, well it can be if you get elaborate and want to impress a girl or something, but generally what James is saying is exactly right, when depression goes on people want to get out and drink.

MB – I think it depends what you are known for as well. It could be that some venues who have a very, very premium price attract a certain kind of crowd that is very cliquey and although we have some aspects of that crowd, this (Tangerine) is a very social venue and we do attract a range of demographics.

Where are you from in the UK?

MT – We are from Portsmouth, York and East London respectively.

It’s obvious why someone would want to set up a business in Bondi, but how did you come to do it?

MB – We found each other by drinking in the same circles.

Was that back in the UK or here?

JH – We all met here. As Mark said, we all went out and socialised in the same circles and went out at the same venues and it just turned out that we had a collective drive for the same result. I think between the three of us and the different talents that we have, I don’t think any one of us could have done it individually. Without the three of us it wouldn’t have been able to be what it is.

Is it more difficult to raise money for a business if you are from the UK?

MT – It is more difficult, and I’d say it is definitely more expensive to do it here what with the licensing requirements. The UK is more accessible.

JH – Sourcing finance I think is slightly more difficult but as we did it on a shoestring we were able to self fund.

There is a lot of media coverage on alcohol related violence at the moment and the NSW lockout has just kicked in. Do you think it is over blown and is there a political agenda?

JH – No it’s not overblown. I think it is only natural; in any corner of the world there will always be that element that causes trouble.

MT – I think it is hyped-up by the media. This is a big country with a small population, but if you look at the UK they probably have triple the problems but very few of them get registered in the media. Over here that is not the case – problems seem to be big news. That’s how I see it anyway. .

You run two very different bars, both of which have received a lot of praise. What makes a good bar a good bar?

MB – For me, I don’t like going into a place where it’s so pretentious that everyone is looking at each other and eyeing each other up. I like to go to a place that is very social and very honest. I think with both our venues, although they are very different, we have been able to reflect our own personalities and characters and I think that has attracted our kind of crowd which is why we enjoy ourselves so much.

JH – It’s a combination I think of the crowd, the operational backbone and the drinks and service. Now to your punter the drinks and service aren’t as scrutinised as your industry following, but I think we have a great bar team and a very strong cocktail offering which is why we stand out within the industry crowd.

JH  – Yes, it looks nice here. But your general punter a lot of the time doesn’t appreciate the cocktail list as much as say, and industry person would, so I think we have that kind of industry following and backing because we have quality product and service but we wrap it up with the social backdrop that we have at the diaries and down here. Door policy I suppose down here, its not that you can’t come in if you aren’t wearing shoes, or you are wearing thongs. You have to be more flexible.

MT – The five senses…taste, touch etc are important to us, that is a natural instinct and if you can satisfy those senses you can’t go far wrong.

JH – Yeah, if a venue caters to those five senses then people will want to be in it.

JH – Yes, not only the physicality of the venue which the creative director has guided, but the social aspect and the crowd that are in here too.

MB – We want our friends to be here, and they bring their friends as well. What’s interesting is that both these venues have been launched in a viral way, especially the Diaries where there was no PR at all. There is a lot to be said for doing something well, looking after people and caring for them, genuinely giving a shit about them as they walk in. You will find that they will actually tell all their friends and their friends will come. We have a lot of anecdotal feedback from people about this.

With all of those things taken into consideration, you have a universe of people that come to your bars. This is a bit of an esoteric question, but within that group of people, what role does the bar play in their lives?

MB – It’s about losing yourself with someone you love or a group of friends, and also being social. It is easier to speak to someone here than at say a restaurant because they are not at your table.

As an industry, what do we need more of?

JH – More of a grounding in caring about what the punter wants. It’s easy to spend a million dollars on a glamour and glitz venue whilst forgetting about the core reasons why you are opening a venue – hospitality, looking after people, interacting and talking and making sure they are getting the right products and services. Because I think that basic, fundamental element gets lost very quickly with the grandeur of ‘I own a bar’ mentality. But hang on a minute mate, you are there to talk to people, serve drinks, interact with people, make them feel comfortable and make them have a good experience. I think those core values are lacking in a lot of operations.

What do we need less of?

JH  – Less of the AHA I suppose (others laugh)

What advice would you give to an aspiring bar operator?

MT – How much Fanny? 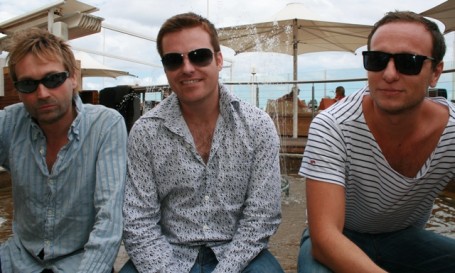