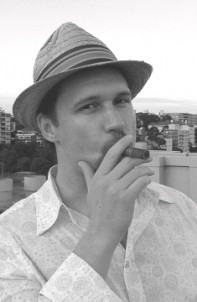 If you haven’t seen it yet, former Aussie Socceroo coach Guus Hiddink’s celebratory cigar and accompanying jig after Chelsea won the FA Cup Final is a sight to behold. I’ve dubbed it the ‘Cigar Dance’ and shows a man on top of the world and celebrating a fantastic win with a well-deserved cigar. It is evident from his dance moves that he grew up in the Netherlands and not Cuba or Brazil, but I was more interested in the cigar smoking going on in Chelsea’s locker room.

It is widely known that ‘Aussie’ Guus enjoys his cigars. He is but one of many sporting identities who enjoy a cigar and is not afraid to be filmed while smoking one. In saying that, there are quite a few Australian political identities who enjoy the occasional cigar but it is unfortunate that many of these identities won’t be seen enjoying a cigar for fear of what society’s reaction will be, and more importantly, for fear of not being re-elected! This is a shame as their enjoyment of a cigar will do much to improve the humble cigar’s public perception and separate it (just slightly) from other tobacco products such as cigarettes. K Rudd et al are regularly seen attending community events such as barbeques with a beer in hand. It would be appalling if continued health pressures extended towards alcohol and pollies resisted the urge to be seen with any alcoholic drink in their hands.

With this said, it was extremely satisfying seeing photos of Bartender’s 100th Issue party with many of the pics showing industry members celebrating Spanton Media Group’s success with a fine stogie. Although I couldn’t make the party, it is great to see cigars were a part of the celebration.

I have already read that Guus and Chelsea are up for a fine for smoking indoors – I’m sure they’ve got enough spare coin to cover any fine, although I am awaiting public comment from various health departments around the world declaring that images of Guus enjoying a cigar set a poor health example. Hiddink’s dance moves were clearly more of an immediate health threat.

Too much of anything can make you an addict, but an occasional cigar to celebrate life’s achievements is a great pleasure and far from being an addiction. Whether it is winning the FA Cup Final or surviving a tough week, life is too short not to celebrate the good times…and if a cigar dance feels right, go for it!

We would have posted the cigar dance footage here but sadly it has been removed from youtube by Chelsea.