The world’s most popular cocktail will always be in style

How to make the Tommy’s Margarita by David Hernandez

Watch as Grain bar’s David Hernandez steps us through the Tommy’s Margarita invented and made famous by Julio Bermejo at Tommy’s Restaurant, San Francisco.

Of all cocktails, none has been assaulted quite like the Margarita. At some bars it’s now like a Slurpee from 7/11; a frozen concoction swirling around in a myriad of colours and flavours. But it wasn’t always so tacky. The world’s most popular cocktail is a sublime drink when made properly. And however you like it: over ice, straight-up, blended, salt, no salt, this is one drink that exhibits that masterful balance of sweet and sour that makes you want more and more.

As is often the case with cocktails, no one knows really knows the origin of the Margarita so a number of both plausible and ridiculous theories are bandied around. One popular legend is that a Texan socialite called Margaret Sames was hosting a party at her holiday house in Mexico in 1948 and whipped up the cocktail to pep up her guests. Because of the locale and the tequila, the guests coined the term ‘Margarita’ for the drink.

In its simplest terms, a Margarita is a blend of tequila, triple sec, and lime juice.  But it’s not that easy to master. Phil Bayly, tequila expert and owner of Café Pacifico in East Sydney says there are two important elements to making a good Classic Margarita. The first is the quality of your basic ingredients and the second is creating the right balance of sweet and sour. “Following a recipe will only work when you know what it is meant to taste like,” says Bayly. “It is always necessary to make it as described in the recipe, evaluate how it tastes, then re-adjust it to make it just right for your palate.” 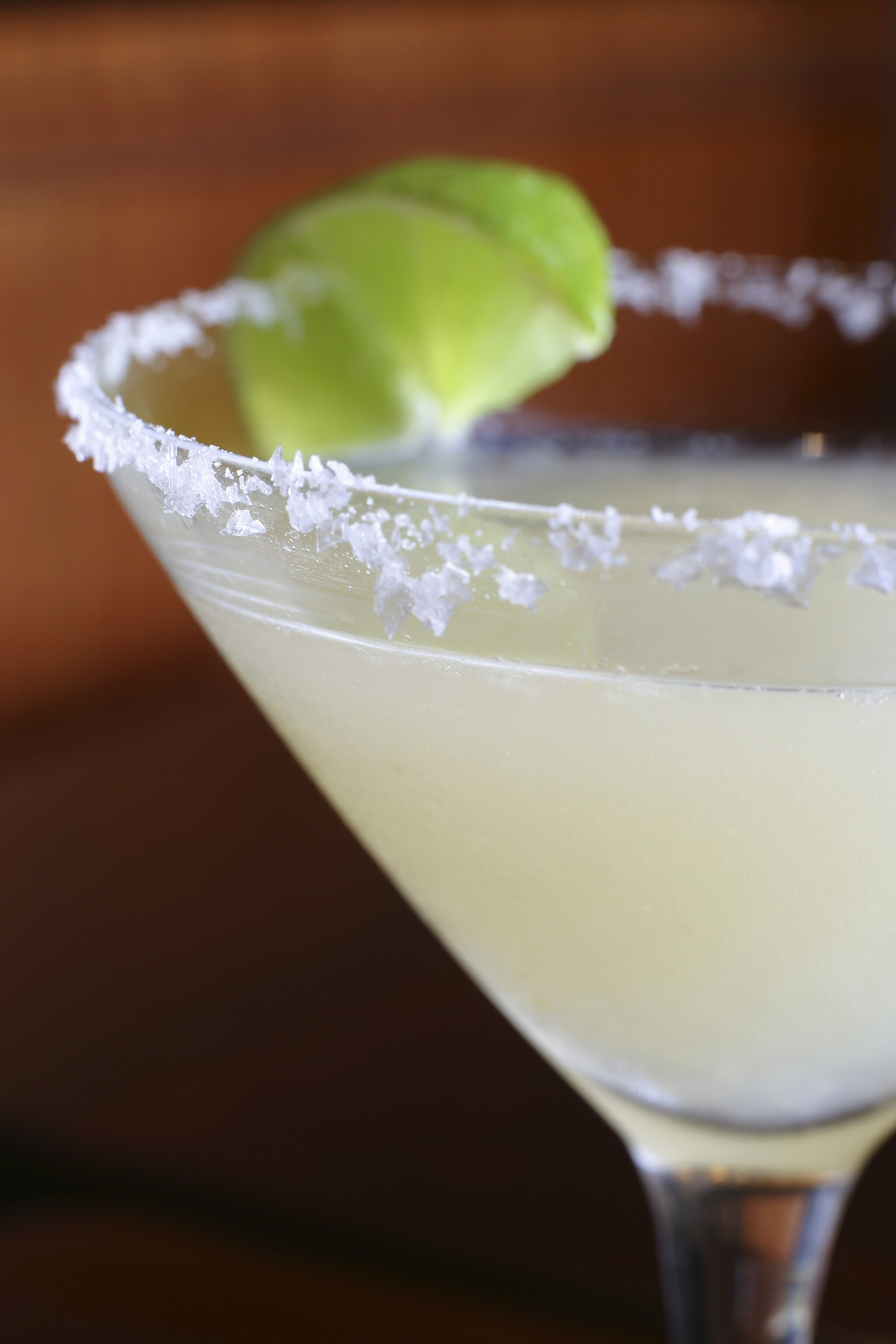 The most important ingredient is obviously the tequila. Now, before you say how much you hate tequila, it’s about time you revisited the spirit. In the last ten years a new wave of premium tequilas have arrived in Australia, bringing with them a more refined taste that bears little or no relation to the ‘lip, sick, suck’ products you’re probably familiar with. There are several varieties of tequila: Blanco, Plata or ‘silver’ tequilas are clear and bottled soon after distillation; Reposado or ‘rested’ tequilas are left in oak barrels for two to 12 months; and anejo or ‘aged’ tequilas are matured in oak barrels for more than 12 months. When looking for a premium product, make sure it says ‘100% agave’ on the bottle, as these tequilas are made only from pure agave juice. Other tequilas, known as ‘mixto’ may derive their alcohol from other sugars. In their book Margarita Rocks Henry Bessant and Andres Masso write simply: “feel free to use any tequilas you like – just make sure they’re 100 per cent agave.” For a classic Margarita however, they recommend using a silver tequila such as Herradura Blanco.

Next thing to consider is the triple sec; this is the liqueur which gives your Margarita the required sweetness. Flavoured with the peel of sweet and bitter oranges, most liqueur brands will carry a triple sec in their portfolio. In most bars, however, you will find Cointreau is the popular choice and the Cognac-based liqueur Grand Marnier is the favoured luxury option.

The final ingredient is the citrus juice. The team at Bayswater Brasserie use a mix of lemon and lime juice while most bars simply favour the lime. Phil Bayly says that you have to take into consideration the differences between lemons and limes found here and overseas. “Here in Australia we generally have Tahitian limes which are green both inside and out and also very tart,” Bayly says, adding, “Mexican limes that are yellow on the outside and green inside, are much sweeter.” To compensate Phil has I have often used a dash of sugar syrup to compensate for the tartness. “If you were to add more Cointreau to sweeten it, you would throw the balance of the flavours out because of the influence of the orange while sugar is more neutral,” he says.

Bayly recommends that you experiment until you find the proportions that appeal to your palate. “It should be a perfect balance of both sweet and sour which makes you want to taste it again and again before you even put it down from the first sip.”

Rub a lime/lemon wedge around the rim of the glass then dip the edge into flaked sea salt. Wipe out the excess inside the glass with a napkin (the salt is a garnish, not an ingredient). Add all ingredients to a Boston Shaker. Shake with plenty of ice until chilled. Strain into cocktail glass.

And if that’s not to your liking, check out Eben Freeman’s take on the Margarita from epicurious.com…