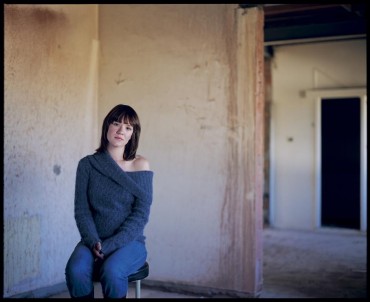 When ACT needs TLC, chances are it heads to one of Bria Sydney’s fine establishments

4bars.com.au pulled up a stool at Parlour to shed some lime light on a refreshingly ego-free operator, who really would be working behind the bar of both venues if her schedule allowed.

How did you start out in hospitality?

I needed an evening job whilst still in school, to save up enough money to travel overseas for a gap year before starting uni. But I have always held onto the dream of owning and operating my own business. When I was growing up I dreamt of owning a video store, however it wasn’t until I arrived in the UK that I realised my passion lay in hospitality. Fortunately, after approximately six months in the UK I had gained enough experience to secure myself a position in a wonderful vegetarian restaurant in Hampstead  called ‘The Gate’. It was owned and run by two brothers, Michael and Adrian Daniel. It was here,  thanks to these two wonderful men, that I gained a large amount of my knowledge in the restaurant side of the industry. During the 12 months I worked under Michael and my French manager Jacque, I gained a lot of respect for their profession and the way they operated their businesses.

Tell us how you came to open up your first venue.

When I returned to Australia after my two year stint in the UK, I was undecided as to whether or not I would go to uni to complete a hospitality business course. Whilst contemplating and procrastinating I thought it best to get a job. Fortunately, I didn’t have to look very far, as a good friend recommended me for a position at Trinity Bar in Dickson. To this day, working at Trinity has been the most influential experience in my career. It was during my time there that I decided that I would never leave this profession and hoped that I would one day run and own my own bar or restaurant.

I didn’t have to wait long, as the owners of Trinity decided to open their fourth bar, Mortis. I was asked to manage it once the fit-out was completed. Unfortunately, Mortis did not succeed. Seeing this as an opportunity rather than a disappointment, I approached the owners with a proposal to buy the business from them, and Knightsbridge Penthouse was born. 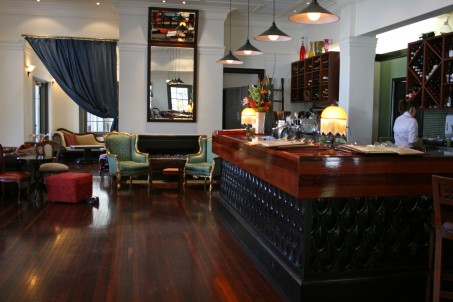 Was this pretty nerve wracking?

Owning your own business is life changing and I learnt a lot about myself during the process. Particularly, that hard work and passion do pay off. Luckily, Knightsbridge has been very successful – we celebrated our fourth birthday in June this year. I’ve have never looked back.

Have you remained as hands on with the business?

I worked the bar at Knightsbridge six days/nights a week for the first two and a half years. Once the business had become financially stable, I was able to take a short break and I decided to travel overseas. Just prior to leaving, I was offered the opportunity to open my second venue (Parlour Wine Room) by property developers, The Molonglo Group. After rejuvenating and reacquainting myself with the other side of hospitality, as in being a customer, for six weeks, I decided to take this opportunity up and so the process of opening up my second business began.

Due to the increased workload, I was unable to return to my previous six shifts at Knightsbridge. As you can imagine, I was gutted. In saying that, I feel it is extremely important that an owner/operator should always be hands-on and the hardest worker in the venue, so I attempted to maintain a minimum of three shifts per week.

It was at this point that life decided to throw a little spanner in the works – I fell pregnant. Being a mother is something I knew I was destined to do. In this case the timing was not great, coming about two years earlier then expected for my partner and I, but I wasn’t going to let this stop me. So, with the help from my very supportive life partner, business partners and the wonderful and always helpful crew of staff that I have around me, I am now two weeks away from D day and the proud owner of two successful businesses. Needless to say, I have had to stop working the bar and floor in both venues, but have warned my managers and staff that it won’t be long before the boss will be back!

Talk us through a typical day.

Phone calls! So many phone calls from people wanting me to do what needs to be done, NOW! Up until about a week ago I was still doing a lot of running around from business to business, making sure my staff had all they needed to operate on a daily basis. There always seems to be a lot of laughs, with the occasional serious conversation thrown in for good measure. As the owner, you are expected to have the answer to everything and to have it now. I am very lucky to have reliable and loyal managers and staff to help run my businesses. Without their assistance I would have a great deal of trouble growing and raising my other child – the human one, that is. So the bigger I get, the more time is spent at home on my computer sending emails, paying bills and on the phone answering questions.

Give us a snapshot of the unique Canberra bar scene and how it is evolving.

As you say, Canberra is a unique market. The population has the highest disposable income of any major city in Australia, therefore the industry should thrive in this town. In saying that, you really need to capture the attention of the customer and provide them with something different. As Canberra has a massive shortage of what I call real pubs, bars have always been popular. Canberrans can be fickle, so building a strong base of regulars is important. As Sydney is so accessible, comparisons to venues up the Hume is what keeps operators on their toes. Stalwarts like Hippo and Trinity maintain the bar at a high level locally and should be admired for doing so over such a long period of time. The scene still has a long way to go, but the ingredients are there to produce an impressive line-up of venues, eventually.

Following Knightsbridge, what were your goals with Parlour, and have they all been achieved?

Knightsbridge is a great little bar and is still my baby – I really do believe that bar has a soul – but our goal with Parlour was to create something altogether different from anything Canberra had previously experienced. By that I mean a venue which offers a fun, informal environment to experience great tasting food and wine, which doesn’t conform to the rules of being a restaurant or a bar. I guess we wanted to create a crossover-type venue which provides the best of both worlds. We have a long way to go, but the intention is still strong.

Parlour has only been open for five months, and as anyone who owns their own business would know, it takes longer then five months to meet all of the goals you may have set. It is still evolving into our vision and with help, input and constructive criticism from both my staff and customers alike, it is taking on a life of its own. Hopefully, one day it will become a Canberra icon. 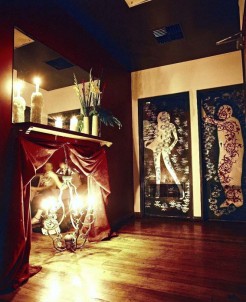 What inspired the two concepts?

My family and friends are by far my biggest influence – not just in business, but in everything I have been able to achieve. Travel also has a lot to do with it – many visits to varied venues in Melbourne and Sydney over the years. In my opinion, this country has provided the world with some of its best bars and restaurants. You don’t need to travel far to find inspiration and motivation.

What marketing works for you?

Word of mouth is a great source of marketing in Canberra, and reputations are important in this industry. Advertising such as radio and print media are important in the early stages of a new venue, but once you get patrons in the door, it is up to you to convince them to come back. I’ve found that giving people a good experience and hoping they will pass on kind words is the best type of marketing out there. The same goes for positive editorials or reviews. You can’t beat it. If you have impressed someone enough for them to want to tell the world about it, you must be doing something right.

Any gripes with the powers that be?

Probably, but I don’t like to complain, as most of the time people are just trying to do their jobs. I will say this, though: It’s tough at times being young and working for yourself. I purchased my own business at the age of 21. Sometimes youthful exuberance can be as important as experience. Unfortunately, it seems that it is assumed that if you have the ability to start your own business, you must be fairly well off. In my case I can assure you that this is not true. A little help for from the government here and there definitely wouldn’t hurt.

If you quit the bar industry, what would you do instead?

Sometimes I think I will never quit for any other reason than to be a mum. Then there are other times when I feel I should broaden my knowledge into the other aspects of business management by furthering my education. Whether time will allow such luxuries is yet to be seen…

Which other operators do you admire?

Nic Crowther and Kieron Clohessy from Trinity/Filthy McFadden’s/Phoenix in Canberra. As I mentioned, Michael and Adrian Daniel from The Gate in London, and last, but not least, my dad. He’s a very good businessman.

How easy is recruitment in Canberra and how do you make the good eggs stay?

It’s not hard to find good staff in Canberra, but it is hard to find good full time staff. Apart from the rare exceptions, the majority of good bar staff I have employed over the years have been uni students. In terms of retention, respect is the key for me. It’s not difficult to treat people with respect and in doing so they will give it back, therefore working hard for you and sticking around.

What would you like to see change in the industry in the next 10 years?

Public perception. Bartending, working on the floor, and cheffing are all highly skilled and respectable careers. I guess I would like the public to acknowledge this and recognise these trades as respectable professions. Happily, as the years go by, I’m starting to see things changing for the better.

Finally, what’s next for you as an operator and what other dreams do you have?

There is talk of another venue, but I think I’ll just give this motherhood thing a go for a while. Dreams? More children!

Behind the Bar… Happy Snaps from April ’09