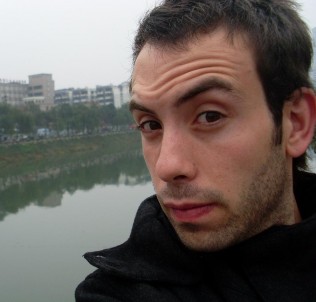 Ex-pat Aussie bartender Tim Philips, who used to ply his trade at Fitzroy’s Black Pearl, has taken out the UK Bartender of the Year in the CLASS magazine CLASS Awards held in London yesterday.

To win the top honours Tim had to submit an original cocktail recipe, complete a blind tasting and make his way, along with the other nine finalists, to Simon Difford’s private bar The Cabinet Rooms in Bermondsey, London to compete for the title.

This stage included a written test plus a cocktail competition where competitors were asked to prepare their own drink plus some classics ad hoc.

Tim obviously impressed the judges to win the title. He has made a name for himself in London whilst only being in the country for about a year. Tim currently plies his trade at the renowned Milk & Honey in London’s Soho.

Congratulations Tim! We’re all proud of ya!