An aspirational balance of rich flavours 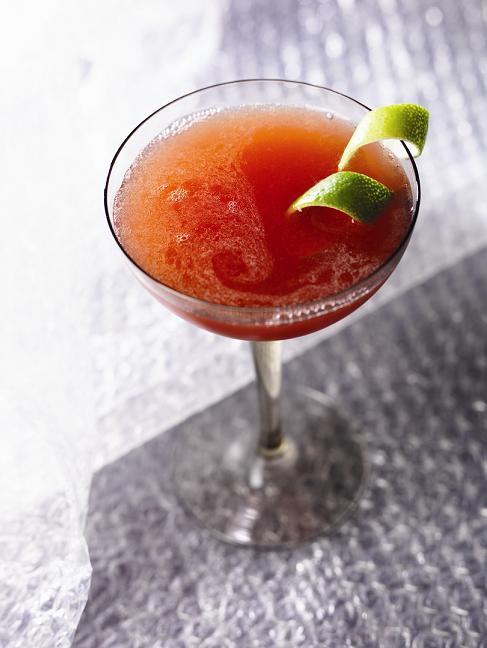 It was a rather sweaty late spring afternoon at Bartender HQ when it was decided we’d whip up this beverage for the December issue. To be honest this kiwi wasn’t feeling anything like a Millionaire still being unused to Sydney’s oft time tropical climate. But let’s face it; a rum-based-ice-cold cocktail wasn’t going to do any damage to my mood and, indeed, if you whip this recipe up yourself  you’ll find it to be an affable mood enhancer.

Sloe gin and apricot brandy are ingredients that have been touched on in the pages of Bartender magazine a couple of times last year but let’s hammer the message home again; they’re made for cracking cocktails and Millionaire Cocktail we’re sure you’ll count as one of these.

The inspiration for running with this cocktail has once again come from Ted Haigh’s Vintage Spirits and Forgotten Cocktails (Deluxe Edition). Haigh cites the recipe as harking from The How and When of 1937 and labels it as a Millionaire #4 although the recipe is identical to one that appears in The Savoy Cocktail Book in 1930 with the handle “Millionaire Cocktail #1”. Numbers like these, as Haigh points out, were once a time-honoured way to catalogue drinks variations and entirely different drinks, which happen to have the same name. In this case both the names and the drink are identical. Go figure.

“Containing five ingredients this drink receipt is inordinately complicated for The Savoy.”

Of course, if you pop on the net you’ll find numerous variations which include rye whiskey, Grand Marnier, absinthe, egg white, gin and all other manner of ingredients. The Savoy has two and Sydney’s Bayswater Brasserie has a #5 version too. The Brasserie’s cocktail menu jests that: “The first four? Not so great. This one’s lovely.” But then their only improvement to the #4 is a dash of bitters – so the first four can’t be all that bad.

Containing five ingredients this drink receipt is inordinately complicated for The Savoy. Like many recipes found within its pages though, The Millionaire #1 (or #4 if you prefer) is comprised of equal parts of its liquor constituents. Ted Haigh argues that this will result in an overly sweet mix, but if you use a dash of real grenadine (made from fresh pomegranate juice and sugar) and ensure that you add an equal part of lime juice you’ll find that the beverage is surprisingly balanced.

Still too sweet? Try Bayswater Brasserie’s recommendation and throw in a dash of bitters, sit back, sip it and feel like a Million bucks.

30ml Sloe Gin (Plymouth’s one is a doosey)

Add all ingredients to a shaker. Fill with ice and shake as if seven demons were goading to it.

From Brooklyn, two great new gins to mix with