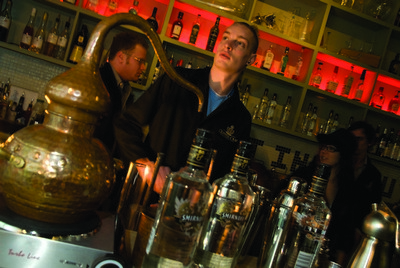 The Smirnoff Black Copper Cup Semi Finalists have been announced from almost 200 cocktail entries received. 45 Bartenders will go head to head in March in Brisbane, Melbourne and Sydney for one of only ten spots to the Copper Cup Final to be held at an ever secret location. Last year’s final saw 10 bartenders jet-set to Thai to compete for top honours.

Previous Copper Cup Semi Finals have seen bartenders put through their paces in a commercial kitchen and a molecular lab. Semi Finalist will have to wait till the event in March to find out what is in store for them. Visit www.coppercup.com.au to view all the semi finalists and their exciting cocktail creations.

0
Australian Bartender January 19, 2010
No Comments Yet