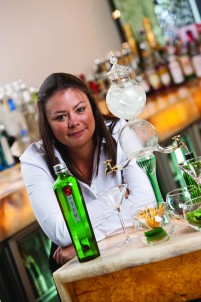 The World Class bartending competition is well under way once more with The Ketel One Vodka Awards having recently closed entries. Judging is in progress to find out who the next three Australian World Class National Finalists will be to join Jason Williams from Melbourne’s Galley Room who secured his place in the Australian Final on the Reserve World Class stand at Sydney BarShow in September.

The next round of entries, for the World Class Classic Gin Awards are open until February 28th 2010. Enter a twist on a classic gin cocktail using Tanqueray No. Ten gin. The top three will not only have a chance to compete to be the Australian representative at the World Class global final in New York; but the winner will be invited to a luxurious escape in Noosa with Tanqueray No. Ten. Enter your cocktail at worldclass@behindbars.com.au

0
Australian Bartender January 19, 2010
No Comments Yet

Diageo & Behind Bars relationship over

In a Class of Their Own