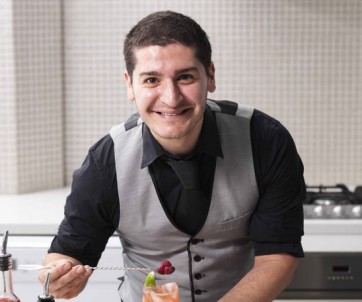 The World Class Vodka Martini Award winners have been chosen, with Pierre Fajloun taking out first place in the award. The creation which scored him the number one spot, “The Whale”, was named after the windmill that adorns the Nolet family’s distillery in Holland. Pierre and a colleague will be rewarded on a Ketel One trip to Singapore in April with 18 other industry members.

The bartenders with the  top  three judged Vodka Martinis each received a place in the World Class Australian  national  final, where 10 of Australia’s finest bartenders will go head to head to become Australia’s representative at World Class 2010 in New York. Pierre Fajloun is joined in the Australian national final by Aaron Jones of Tony Starr’s Kitten Club in Melbourne and Petr Dvoracek from Sydney’s Lotus.

How To: Vodka in Vogue

Countdown to the Bartender of the Year Final