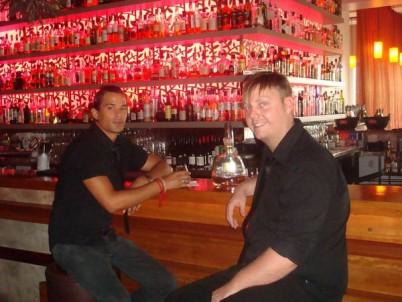 Last year, Byblos in Brisbane took out the Best Drinks Selection Prize at the Bartender Magazine Australian Bar Awards. This year, General Manager Gareth Eden has been recruiting a team of new staff to inject some new life and a new perspective into the mix. Aaron Clark, long time manager of Family in Brissie and more recently at Soho House and Gaucho in London, has taken over as the new Bar Manager. According to Eden, Aaron has come on board with the aim of “shaping the Byblos Bar team into a more professional and presentable outfit.”  To begin the recruitment campaign, Carlos Hurworth – another exceptional bartender – has come on board to bring in a fresh new perspective.  The new drinks list will be released in April.

You can visit the team at Byblos:

0
Australian Bartender January 27, 2010
No Comments Yet

These are the best bar teams in Australia, the finalists for Bar Team of the Year