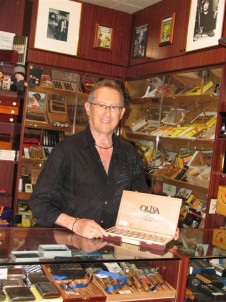 “It doesn’t have to be Cuban to be good,” declares Norman Stein, owner of one of Sydney’s finest cigar shops ‘Bogart’s House of Fine Cigars’. ” Increasingly cigar makers based in the Dominican Republic, Nicaragua, Honduras and Brazil are producing cigars of similar, if not better quality, than those coming out of Cuba.”

Norman’s shopfront, tucked away beneath the bustle of Sydney’s Martin Place, is a welcoming place for tobacco connoisseurs, where cigars, pre-blended tobacco, cigarillos and pipes can all be found.

Over the past few years, Norman has noticed a growing trend of consumers moving away from Cuban cigars in order to try those produced with tobacco from the other dominant Caribbean and Central American regions. “Many Cuban cigars are sensational, and will continue to be for years to come, however cigars made in Central America and other Caribbean nations are consistently improving and offering a quality product.”

Those that have stuck to Cubans since discovering their cigar passion are encouraged by Norman to give a non-Cuban cigar a go, and he expects that they will be pleasantly surprised. 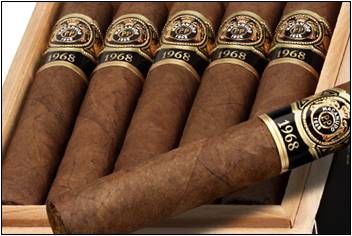 “Many of the cigar makers based in the Dominican Republic, Nicaragua, and Honduras left Cuba just after Fidel’s revolution and took with them a proud family history of cigar making and started anew. Families such as the Fuentes, Padrons and Olivas have all created fantastic cigars in and around Central America.”

“These cigar makers are putting more time into ageing and are creating new and exciting blends. Just like wine, tea and coffee, regional terroir produces tobacco for such cigars with distinct flavours and characteristics. Also, due to the proud history of the family name, these cigar makers are eager to ensure the produce consistently high quality cigars.”

The Cuban cigar’s current popularity and market dominance in Australia can be attributed to a number of factors. Firstly, Habanos SA’s international network of authorised distributors has ensured that Cuban cigars can be found across the globe. Due to the USA’s embargo of Cuba, non-Cuban cigars enjoy market dominance in the USA and producers have predominantly focused on this market while also steadily pushing into Europe. Compounding this situation is Australia’s relatively tiny cigar loving population that makes bringing new product to our shores much hard for a manufacturer based in Esteli, Santo Domingo or Miami. But this is changing as smaller, privately-owned family operations reach distribution agreements with companies such as Swedish Match and other multi-nationals.

Norman proudly stocks a variety of Cuban and non-Cuban cigars in his shop, ensuring that those curious to try something different are catered to. A few of his favourites from the primary cigar making regions of the world include Davidoff, La Aurora and Macanudo from the Dominican Republic, while from Nicaragua, Dunhill’s Signed Range, Oliva and Padron should be sought out. The Toraño family’s Honduran creations are exemplary and Dona Flor cigars from Brazil offer an interesting taste profile.

“My favourite cigar at the moment is the Macanudo 1968,” Norman states. “The 1968 commemorates over four decades of the brand and offers a rich dark taste with hints of chocolate and sweet spice. They are a wonderful after lunch or dinner treat.” Norman also adds that Room101 Cigars are a hot new cigar brand to watch out for in 2010.

Are we facing a non-Cuban cigar revolution? Perhaps not a revolution, but an evolution, that follows Australia’s receptiveness to new lifestyle products. Cuban cigars have a strong hold in Australia and will continue to have their admirers. However, the average Aussie punter’s willingness to learn more about cigars means that interest in non-Cuban cigars will no doubt increase.

For more information about Bogart’s range of cigars, pipes and all the accessories go to cigars.bogarts.com.au or visit Norman and the Bogart’s team at Martin Place Shopping Circle (close to Martine Place Train Station).