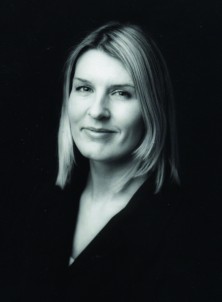 I am not Feb-fasting. Nor will I be dry for July. But during the month of March I’ll be raising money another way. I’ll be exploring, savouring and celebrating Sydney’s fantastic bars.

As I wrote a couple of weeks ago in my Sun-Herald column, the concept of abstinence as the new black makes me uncomfortable. While I applaud anything that raises charity money, I’m becoming increasingly uneasy about the growing cult of prohibition and the ‘feast or famine’ attitude to drinking.

An all or nothing approach to alcohol, whatever the reason, isn’t healthy. As a reporter on Sydney’s social scene I see far too many people embarking on extreme detox regimes, only to fall off the wagon spectacularly with a massive bender, making themselves ill and everyone around them miserable until it all begins again.

In the media we love extremes and I admit, we’re guilty of focusing on the very visible minority who abuse alcohol. And this plays right into the hands of the self-righteous fun police who would rather none of us drank anything ever at all.

The anti-alcohol lobby believe that within every person who drinks – no matter how respectable their exterior and how modest their intake – lurks a drooling alcoholic ready to burst forth after the next sip of pinot gris. They believe, as fellow journo Jeremy Bass wrote in his recent tirade against the liquor industry that “the more vehemently one argues one’s right to consume alcohol, the stronger the evidence of an unhealthy love of the stuff. And the more likely it is that one shouldn’t be touching it.”

What absolute poppycock. For the record, Mr Bass, I actually believe the opposite is true: the more dysfunctional your relationship with a substance, the more vehemently you argue in favour of banning it. Example: the most hysterical anti-smokers I know are reformed puffers who simply can’t trust their willpower and dread the temptation of any contact with the demon durry.

“It’s not about excess – it’s about mindful, educated enjoyment of your favourite venues. It’s about supporting the bar industry and charity. And it’s about proving to the anti-alcohol wowsers that drinking moderately is part of a rich and varied social life, not a destructive pursuit.”

The Bass stance is plain daft. But it’s also insulting to every adult who enjoys alcohol in moderate amounts without misadventure. And that, despite what the pleasure avoiders will have you believe, means most of us.

I spend a great deal of time in this city’s bars for my work, and what I see night after night is normal people enjoying good drinks with good friends. And yes, Mr Bass, I pop in unexpectedly so I can guarantee the bar operators haven’t rounded up their resident hordes of wild-eyed alcos and hidden them in the cellar.

This is why we’re launching Parched March. We have a creative, world-class bar scene in Sydney, and it’s about time we celebrated it – and the people who enjoy it.

Throughout  March, I’ll be visiting new bars and old favourites, sampling signature cocktails, meeting the talent and gathering news about the industry, accompanied by members of the Bartender magazine team and anyone else who would like to be part of this celebration of Sydney’s vibrant bar culture.

I’ll be sponsored for each visit and to kick off the fund-raising, Bartender magazine is throwing in $50 for each bar. That’s $1,500 if I make my total of 30.

We’re putting the list together now, and that’s the hardest part. There are so many amazing bars in this town, it’s tough to whittle it down.

You can participate as much or as little as you like. Join us on the odyssey, sponsor some of my visits, recommend bars for us to check out, or if you prefer, just show support by visiting your favourite bar. If you’d like to raise money for charity, ask your friends to sponsor your bar visits, too.

There’s no formal registration and no competition. Just let us know what you’re up to and how you’ve celebrated Parched March.

You can read regular updates here and a progress report in the Sun-Herald as the journey unfolds.

It’s not about excess – it’s about mindful, educated enjoyment of your favourite venues. It’s about supporting the bar industry and charity. And it’s about proving to the anti-alcohol wowsers that drinking moderately is part of a rich and varied social life, not a destructive pursuit.

Speaking of destructive, remember this, fellow mindful drinkers: among the world’s most famous teetotallers are Adolf Hitler, Robert Mugabe and George W Bush.

For more details including how to donate to Amy’s charity of choice (PetRescue) email her at ac@amycooper.id.au

Do you want to be a part of the Bartender Magazine & Sydney Bar Week team? Does writing about drinks, travel, drinks styling and cocktail bartending interest you?

Only 5 days left to vote in the Bartender Magazine Hottest 100 Aussie Spirits Countdown!