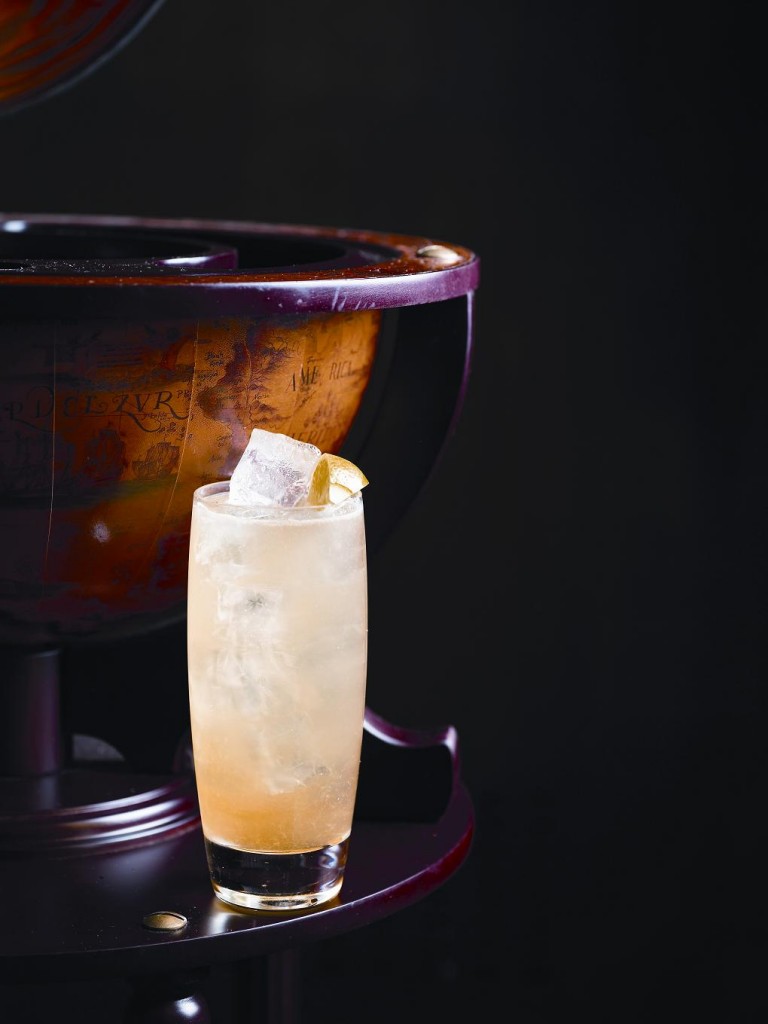 Tricky Rickey: The rise of the barrooms’ most ubiquitous tipple

What is the one beverage that sells you cases of stock over a busy weekend? You know, the one that makes the owners money, keeps suppliers on-side and furnishes thirsty punters with a cooling beverage. Some may call it the ‘vodka, lime & soda’, others – if they’re going to be tricky about it – may call it a Vodka Rickey. Whatever way you skin it, this mix is ubiquitous and while admittedly refreshing it has been a large contributing factor to death by boredom amongst bartenders around the globe.

What’s really scary, guys and girls, is that it’s not just the current generation of barkeeps that have been pumping these out. Spirit, plus soda, plus lime has been the most important piece of arithmetic in bars for over 120 years!

David Wondrich, cocktail historian extraordinaire, in his book Imbibe! puts the blame squarely on one ‘Colonel’ Joe Rickey. Rickey was a wheeling-dealing Democratic lobbyist, from Missouri. A veteran of the Confederate army, Joe liked races, played poker, and was a frequenter of more than a few barrooms. Rickey, in short, was a real sport.

Wondrich informs us that the birthplace of the ‘Rickey’ as a beverage was at a quiet little joint known as Shoemaker’s (Shoo’s for short) on Pennsylvania Avenue in Washington D.C. Shoo’s was known for its fine whiskey and politically minded clientele. Wondrich wrote: “There sometime between 1883, when the Rickey hit town, and 1889, when the drink made it into the Washington Post, Rickey had George Williamson, the saloon’s beloved head barkeeper, start making ’em for him.”

“Any drink with sugar in it… heats the blood, while the Rickey with its blood-cooling lime juice, is highly beneficial” – ‘Colonel’ Joe Rickey, 1892.

According to Wondrich, the drink at this time couldn’t be anything simpler; it consisted of a good slug of whiskey (bourbon or rye – there is little agreement as to which is more authentic) the juice of half a lime and soda water. No sugar. No gin. And certainly no vodka.

The absence of sugar is explained by the fact that the drink was intended to be a ‘Cooler’ and Rickey himself apparently went around preaching that: “Any drink with sugar in it… heats the blood, while the Rickey with its blood-cooling lime juice, is highly beneficial” (according to the Brooklyn Eagle‘s Washington correspondent in 1892).

Whether or not lime juice really cools the blood the drink soon spread from Washington to New York and in turn from New York around the globe. Rickey moved to New York and got into the soda business. Wondrich tells us that he even got his mug on a whiskey label. In 1903, however, he took carbolic acid at his room in Hoffman House and died.

“His health had been failing and his finances troubled,” explains Wondrich. “Or maybe it was just that everybody was going around putting gin in his drink, and had been doing so for at least eleven years.”

The success of the Vodka Rickey today probably has the pour old Colonel turning in his grave. But before you reach for the carbolic acid yourself try a Rickey with a good slug of whiskey – just the way Joe would have liked it.

Build with ice in a highball. Top with soda. Garnish with a slice of lime if you’re feeling fancy. Imbibe immediately to cool one’s blood.