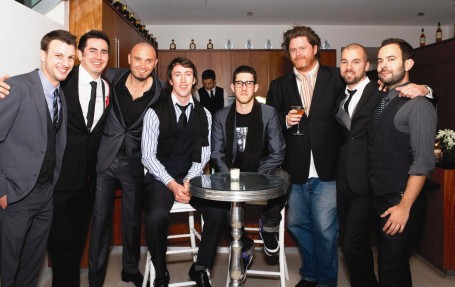 June 8 saw the Australian final of the year long World Class program. Over two gruelling days 10 bartenders selected from three rounds of the World Class Program – The Ketel One Vodka Martini Awards, The Tanqueray No. Ten Classic Cocktail Awards and the World Class Dark Spirits Experience – battle it out to see who will represent Australia in the World Class Global Final held in Athens this month.

Taking out the top spot was Adam Brewer from Sling Lounge in Brisbane who was a consistent performer in all categories in which he was tested impressing the judges with his level of professionalism. The runner-up was last year’s Australian champ and third over all in the World Class Global Final – Adi Ruiz from Black Pearl in Melbourne closely followed by Jason Williams from The Galley Room.

Brewer will go on to compete against winning bartenders from 23 other countries involved in this year’s World Class program. Should brewer take out the global comp not only will he receive global bragging rights and media attention, but he will also be awarded with a global publishing and distribution deal for his very own cocktail book.