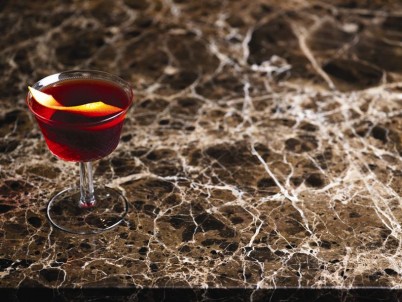 Who ever said you can’t teach an old dog new tricks? Well, this month’s How To proves the naysayers wrong by teaching an aged cocktail – The Old Pal to be precise – how to bust a move in the 21st Century.

The original concoction reportedly makes an appearance in Harry’s ABC of Mixing Cocktails, in 1922, making it one of the first cocktails to list Campari as an ingredient. However, more recent editions of the work claim the recipe came from “Sparrow Robinson, Sporting Editor, New York Tribune, Paris, 1929″. Despite conflicting information as to the drink’s conception, the formula is simple – equal parts Canadian whisky, dry vermouth and Campari. The resultant potion is an intensely flavoured aperitif.

“The Boulevardier was conceivably a modernised version of the Old Pal – the inspirational substitution of sweet vermouth perhaps taking its cue from the rising popularity of the Negroni.”

In 1927, Harry MacElhone – the author of Harry’s ABC of Mixing Cocktails and bartender/owner of Harry’s New York Bar in Paris – produced a recipe entitled the ‘Boulevardier’. Printed in Barflies and Cocktails, the recipe is notable for its similarity to the Old Pal. Canadian whisky is substituted for Bourbon – which wouldn’t have been easy to come by during the height of Prohibition when this drink was created – and dry vermouth for sweet. The Boulevardier’s specs deliver a drink which is more rounded than the Old Pal – the sharp edges of whiskey and Campari smoothed by the sweet vermouth.

The Boulevardier was conceivably a modernised version of the Old Pal – the inspirational substitution of sweet vermouth perhaps taking its cue from the rising popularity of the Negroni.

Using Harry’s example we’ve also decided to make what’s old new again. Presented on these pages is The New Pal. The formula we’re working with comes from the Absinthe Brasserie & Bar in San Francisco. It is readily accessible to enthusiastic mixologists thanks to the venue’s barkeeps – Jeff Hollinger and Rob Schwartz – who listed this recipe in their beautiful book several years back called The Art of the Bar. Their New Pal employs a couple of old skool additions like a dash of Herbsaint (we’ve used absinthe) and Peychuad’s bitters. Like the Boulevardier, Hollinger and Schwartz have favoured sweet vermouth over dry, but opted for a straight rye whiskey as opposed to Canadian. Adding a dash of absinthe to a cocktail is a decidedly 19th century trait but the New Pal refreshes MacElhone’s recipe by citing resurging popular ingredients (at least amongst bartenders) namely the rye whiskey component.

So what is the result? A friendly little number though only a new acquaintance you’ll soon find you’ll be getting along like a couple of old chums. 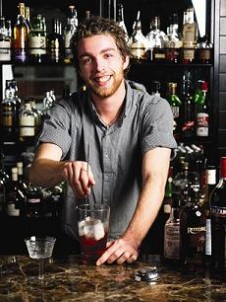 Add a friendly measure of Rittenhouse straight rye whiskey, Campari and Cinzano Rosso. Add a dash of Peychaud’s bitters and your absinthe.  Stir in a clockwise direction whilst sporting a smile for your chums. Strain into a chilled fancy cocktail glass and garnish with a piece of orange zest.