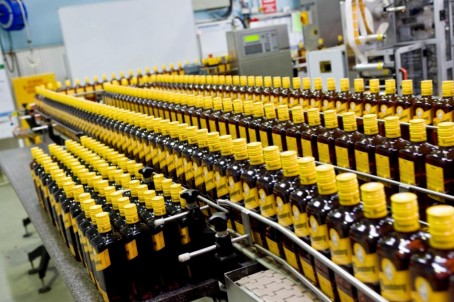 The story of an Aussie battler’s rise to fame

Australian history is awash with rum – that characterful sugarcane spirit the golden hue of good, fertile Aussie soil. And if you distill the history of Bundaberg Rum and you’ll find a heady mix of traditional Aussie values.

The Bundaberg Distilling Company is the epitome of the ‘Aussie battler’ – a company that has seen its fair share of adversity over its 122 year long history. It survived droughts, insolvency, a distillery fire, the Great War, the temperance movement with its six o’clock closing, the Great Depression, another fire, and World War Two. Today, approximately 600,000 cases of Bundaberg Rum are produced each year – the Bundaberg Distilling Company was built by blokes that, quite frankly, were as tough as nails.

How did it all begin? Well, as with any good yarn, it started in a pub. In 1885, at the Royal Hotel in Bundaberg, North Queensland, a group of the area’s great names in the sugar industry put their heads together to come up with an ingenious way to not only make more money, but make use of the tonnes of molasses that were being wasted and poured into Bundaberg’s Burnett River.

The idea to start distilling rum was not a new idea in Queensland at the time with more than a dozen legal and illicit distilleries being around from as early as the 1860s. It was an idea, however, that would give birth to Australia’s greatest distilling company.

In 1888 the Bundaberg Distilling Company was officially incorporated with production beginning in 1889 on the banks of the Burnett River next to the Millaquin sugar mill. In the distillery’s first year 22,500 gallons of rum were manufactured, but early years proved tough. Floods in the early 1890s combined with economic depression proved too strong for this infant distilling company. In 1894 it went into voluntary liquidation.

Back at the pub, Bundaberg’s Grand Hotel this time, there was another meeting attended by original shareholder F. L. Nott, A. P. Barton and Frederic Buss on February 23, 1894. At the meeting these three wealthy sugar barons decided to take over the distilling company’s debts and it’s because of their financial intervention and foresight that Bundaberg is still around today. 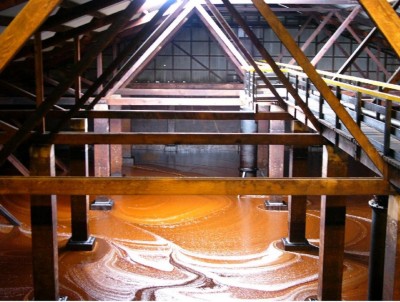 Over the coming years, whilst distillery profits weren’t soaring, there were profits. A new still in 1902 pushed profits up to 6,685 pounds despite the horrors of drought and economic strife that were affecting the nation at the time.

On 7 February, 1907, however, disaster struck. At some time around midnight the distillery caught ablaze. Though the fire brigade was on site almost immediately and the river was a mere 100 yards away – there was no water service available. The distillery was left in ruins.

“Thousands of gallons of rum were lost in rivers of flame that streamed towards the Burnet and lit up Bundaberg like daylight.”

After the fire it looked as if it might be the end of Bundaberg rum once more, but in little over a year substantial new buildings and machinery were erected and profits began to climb again as production increased.

The Great War in 1914 was good and bad for the Bundaberg Distilling Company. Almost the entire Bundaberg rum production was commandeered by the Royal Australian Navy and the Royal Navy throughout the war, with 1917 proving the highest year of production in the history of the company.

The 1920s proved to be prosperous. A million gallons of molasses were stored in newly built great underground wells – still at the distillery today. The ’30s, on the other hand, were tough years for Bundaberg, thanks to the Great Depression.

Australia with its economy dependant on exports was one of the hardest hit countries in the Western world. By 1932 unemployment reached 29 percent and Bundaberg’s profits were hit hard with declining sales. To add insult to injury, on 21 November, 1936 fire once again ravaged the distillery.

Thousands of gallons of rum were lost in rivers of flame that streamed towards the Burnet and lit up Bundaberg like daylight. So much rum poured into the river that the big king and barramundi rolled around helplessly on top of the water with locals able to pick them up at leisure. Over 500,000 gallons of rum and methylated spirits were lost and the distillery was once again in ruins.

Fortunately, the Bundaberg Distilling Company had learnt their lesson from the first fire and were well insured. In less than a year the distillery was operational again though no rum was sold for two more years. Just when the directors thought that some normality might return Hitler’s forces struck out across Europe. The Famous Bundaberg Rum was once again commandeered for the war effort. 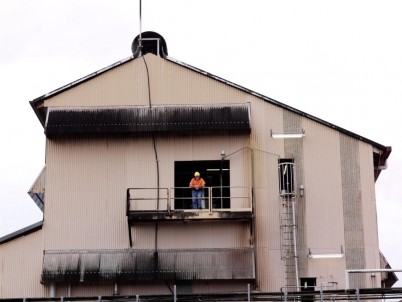 Even following the war the 1940s and ’50s were not easy years. Droughts combined with new excise taxes drove up the price of rum and sent sales in a plummet. Despite this the 1960s saw the distillery undergo great expansion and the rule of thumb process of making the rum used since 1888 was abandoned for a more scientific process greatly increasing efficiency. It was during these years that the yeast strain used to produce Bundaberg Rum today was isolated and a panel of trained tasters was introduced to ensure consistency of product.

In the 1950s the majority of Bundaberg’s rum was sold overproof in barrels to bottling agents. At one time there were over 52 agents who put their own labels on the bottle. Bundaberg didn’t start bottling is own product until 1974.

In 1961 the Sydney based Australian Rum Distillers Pty Ltd. – a venture 54 percent owned by Millaquin Sugar Company and 46 percent by Sam McMahon were given the sole rights to market Bundaberg rum outside of Queensland. It was McMahon who invented Bundaberg Rum’s distinct square bottle and three piece label as well as the beloved polar bear emblem. Whilst a polar bear might seem an odd choice for a tropical rum, it was McMahon’s reasoning that the bear implied here was a drink that could ward of the wickedest chill.

Since this time the Bundaberg bottle has become iconic and the distilling company, through various takeovers and merges has always had a goal of ‘Bundy-ising’ the world. In 1988 – the distillery’s centenary – 1.5 million dollars was invested in increasing storage facilities to cater for demand in the UK and Europe. Over the following two decades there have been a series of special release bottlings and Bundaberg’s core range now includes Bundaberg Rum, Bundaberg O.P. Rum, Bundaberg Red and Bundaberg Reserve was well as several highly successful pre-mixed products.

This year, the Bundaberg Distilling Company has gone through a major rebranding using Spring Hill House as a watermark. This building has been home to many of the distillery’s managers over the years until it became a visitor’s centre in 1991. It was also the residence of two of the original shareholders – the Noakes brothers in 1888. A.P Barton, Frederic Buss and F.L Nott have also been acknowledged with their faces on the logo. If it wasn’t for these entrepreneurial gentlemen purchasing the distillery in 1894 we wouldn’t have the Famous Bundaberg Rum today. 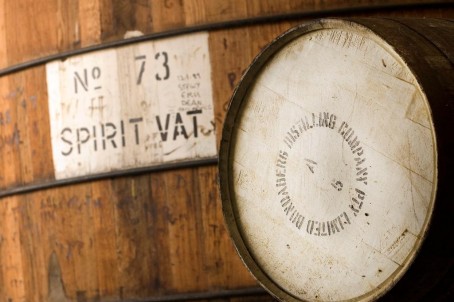 1914 – After the devastating fire Bundaberg Rum is now back in business supplying the Royal Australian Navy and the Royal Navy rum throughout the Great War.

1936 – The Bundaberg Distillery again destroyed in a fire that was to become part of local folklore.

1942 – Bundy goes to war. The Australian Government takes over all rum stocks for the armed forces, the Royal Navy and the US military.

1951 – The first chemist is employed at Bundaberg Rum. Mr George Hurt refined and cultured the yeast strain used in fermentation so that it would produce more alcohol and less acids.

1974 – The company begins to bottle its own product, instead of selling it to distributors who bottle it themselves and alter the rum.

2004 – Distillery expansion. Bundaberg Distilling Company announces a 26 million expansion plan over the next two years to meet increasing demand for its products.

2007 – Bundaberg Rum 18 year old is released. This is a blend of aged rums; with the oldest being a 35 year old barrel aged rum. 5142 bottles were produced, and sold out at the distillery in 3 hours.