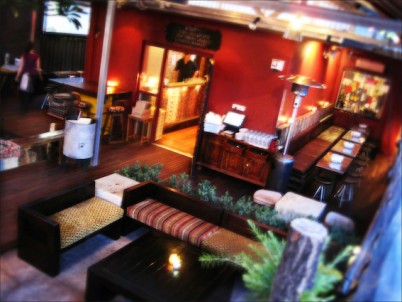 Good things are happening in Australia’s most western state and Kitsch Bar has been described as, ‘a gem of an example of a small bar/restaurant’. Kitsch carries a small bar license which allows customers to enjoy conversation over a drink, without having to consume a meal, however the team claims that you won’t be able to resist the kitchen smells. Kitsch expresses itself through food and its identity is a hot, sweet, crispy, salty and sour mix. The venue connects with the notion of the humble night market – bare light bulbs blaze on tirelessly, the din of chit chat reigns supreme and open flames sizzle and lick their way out of the kitchen. Don’t be put off by the low-cost seating this is a place to relax and be comfortable. Suitably, for a place that prides itself on a range of flavours there are enough drinks selections to keep you happy. Rogers, Asahi, Tiger and Tsingtao beer will help you wash down some succulent treats or choose from the somewhat extensive wine list. Cocktails are there too; the enticing Red Rickshaw, raspberry vodka, vanilla vodka, peach liqueur, cranberry and fresh lime or maybe a Thai-Way, Chivas, Licor 43, Aperol, ruby red grapefruit juice topped with fresh mint and lime.

0
Australian Bartender February 7, 2011
No Comments Yet