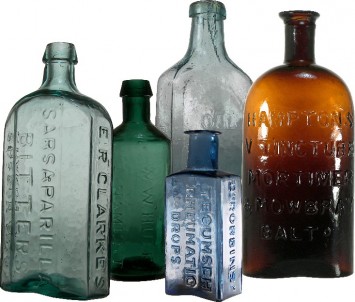 What is a cocktail?

We know from the earliest boozers that it was a variation on a Sling – spirits, water and sugar and included the miracle ingredient bitters. So what bitters was it?

In 1806 there was no Angostura, no Bokers, no Abbott’s or Fee Bros. Hell, there was no Fernet Branca or Campari either. So what on earth were they using to make the first cocktails in the world?

And here is where we come against another problem. We have always believed that the inclusion of bitters in a cocktail was to improve the flavour of the rough spirits available at the time – the reality is the exact opposite. Bitters were mixed in cocktails to make the bitters taste good!

Ok, it was also to give a good medical, health reason for guzzling a big old measure of Rye, but the bitters in the cocktail was never intended to make the drink taste any better than it already did.  That job was being done very well by sugar.

So, if bitters were mixed in a cocktail to try and disguise the bitters, what foul tasting concoctions were they using that it took at least two shots of frontier whiskey to hide?

There has been a lot of talk about re-creating the earliest bitters to re-create the earliest cocktails, and the bitters that was first publicly available was Stoughton’s from England.

“Being old is not the same as being good – remember that many of those old recipes are dead because they deserve death.” Sebastian Reaburn

But Stoughton’s bitters is not the delightful, cocktail improving mixture that we might recognise today! It was an elaborate medical scam, created to cheat paying public from their money on the promise of a cure that never arrived.

All these early bitters were snake oil, quack medicine, marketing based, lying, cheating, medically useless, cash motivated, vile renderings of misused natural philosophy that were more likely to lacerate the bowel than go well in a cocktail.

If they were not a fake medicine, then they were often fake alcohol where herbs were added to fool both the drinker’s palate and the government tax laws. A medicine doesn’t pay alcohol duty and with enough flavouring the drinker can’t tell how poor the base alcohol is.

This was so successful, that by 1748 the Gentleman’s Magazine listed 202 different patent medicines, and it was not an exhaustive list.

What made things even harder for the amateur cocktail historian was that not everything that was called by a brand’s name, was that brand of bitters.  Stoughton’s was being made by at least three people in England, all suing one another, and being made illegally in America by another bunch of con men, none of whom were using the original recipe because the original recipe died with its creator.

The other famous name problem is the bitters created in 1865, barrel aged, and flavoured with Tonka beans.  Until 1906 it was sold and marketed as Angostura Bitters, just like Angostura was, and then had to change its name to Abbott’s Bitters after a bitter (sic) legal fight.  So, any recipe that calls for Abbott’s Bitters is post 1906, and any recipe before that in which Angostura is specified, could refer to either?!?

If you are after something new that tastes a lot like Abbott’s, then the barrel aged Fee Bros is pretty close.  Well, according to Joe Fee it is.

A great example of the use of marketing, and showing just how corrupt and money focussed the making of bitters really was, is Plantation bitters.  The creator spent $500,000 in 1860 having the message “S. T. 1860 X” in every newspaper, magazine and billboard across the country before the bitters had even been bottled!  The message was a code that actually meant ‘Sure thing ten years from 1860’ and was a promise to investors that it would only take a decade to make a million bucks from this new bitters.  It was proved entirely correct.

Now, we all know because of how much Angostura we go through in a week, that bitters in cocktails would not have given anyone the sales volume to make a million in ten years.  So where were all these bitters really going?

From the 1750s right through to the Pure Food and Drugs Act of 1906, bitters were at the head of a host of fake, quack medicine reputed to cure anything from baldness to cancer.  Bellingham’s Onguent even claimed, in the New York Herald, to have been responsible for President Lincoln’s muttonchops.

To the modern mind the faith that was placed in these crazy medicines seems insane, but the medical industry was still quite a new thing in those days. An example of their expertise occurred in 1799, when Ex President George Washington, suffering from a mild chest infection, was seen by doctors.  They took four pints of blood, administered mercury and other ‘medicine’ and within 24 hours, Washington was dead.  A self administered dose of bitters might not cure you, but it rarely killed you.

Couple the incompetence of early doctors, the belief placed in quack medicines, and the slowly emerging temperance movement and you create an environment where bitters can shine very brightly indeed.

Huge numbers of people used bitters as an everyday health tonic, including the army, who kept Hostetters going right through the 1860s by buying it up and using it to treat stomach complaints among the troops. 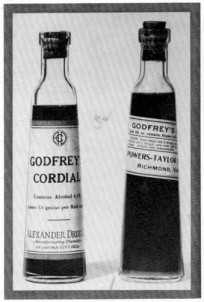 As bitters as a medicine became entirely acceptable, bitters started to become the key ingredient that would make hard spirits socially acceptable.  It is important to remember that there were two temperance movements in the US, one from the mid 1700s that focussed on demon rum, and the end of hard spirits. The general consensus being that people should only drink beer and hard cider.

In that environment, the health giving Julep, made with life affirming mint, and the additional of medical bitters in cocktails where what set the bon vivant apart from the alcoholic.

As we move into the early and mid 1800s, we start to see, for the first time, bitters being designed to be drunk as a cocktail ingredient.  Here is where we see Angostura, Bokers, Fee Bros, Peychaud’s, Orange, and a host of European amaro, digestives and aperitif bitters.  Alas for the cocktail historian, it is still mixed in with hideous fake medicine concoctions that are best left dead.

My favourite example of a particular bitters that should never return is Hostetter’s.  To give you an idea of just how undrinkable it was, Hostettler’s bitters continued right up through prohibition, and despite being 90 proof, by the end of prohibition sales had slumped to zero and the company was wound up.  In an era where alcohol was illegal, but every drug store in town could sell Hostetters, people still chose to drink moonshine.

So, when you next think about re-creating a classic old bitters, remember that many of those old recipes are dead because they deserve death.  Being old is not the same as being good., and most of the really great tasting bitters survived and are the ones that are still readily available today.

1902 – Eagle Angostura Bark Bitters (Chas Mahony of the Hoffman House, NY, endorsed these as the best bitters for mixed drinks in advertising of the time.)