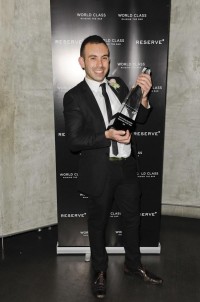 Last night saw the culmination of Reserve’s year long World Class program on Australian shores. And taking out top honours after three long days of fierce competition was Tim Philips from ivy’s Level 6 in Sydney. Runners-up in this epic bartending battle were Phil Gandevia of  Sydney’s Eau De Vie and and Marco Nunes from Brisbane’s Canvas.

The final event saw judges, finalists and the organisers be treated to cocktails and dinner at Sydney’s hottest new restaurant Gastro Park. With doors opened to World Class competitors and friends after the meal, Philip’s triumph was greeted by a throng of industry well-wishers.

Philips will now travel to Delhi in July to take on the national winners from participating countries at the Global World Class Final.