Cocktail created and styled by the teams from theLoft, Sydney

Some might say that flavoured vodka has come, gone and long had its day – but after seeing some of the cocktail creations that theLoft team whipped up recently it’s obvious that a bartender’s heart can still beat for this flavoured tipple.

Firstly, what a bunch of troopers theLoft crew are, turning up at 10am to taste a range of, as yet, unknown spirits. They were straight into it however and their mentor Jason Williams (2010 Bartender Magazine Bartender of the Year) ran them through the range with a highly clinical approach.

Williams focused on the getting the team to think about complimentary flavours, contrasting flavours and ways to improve and enhance each spirit’s characteristics. Not only did they discuss the range of aromas and scents that they picked up, but they also brainstormed ideas for cocktails and how best they would work. This hard work paid off, and the crew was well rewarded by some fantastic cocktails being made later on.

It was especially pleasing to see such a great coaching technique taken by Jason when having his team assess the products, and goes to show just how influential a good trainer can be when learning about new, or obscure, spirit categories.

How to get drunk at grandma’s house 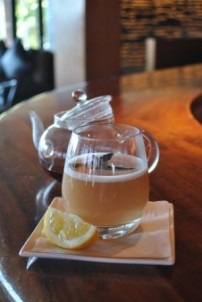 “Having always been a fan of hot buttered rum I couldn’t help but dabble in the idea of a hot drink after tasting the TMD spirit. I have tried to combine the intense flavour of the vodka with the comforting notes of the tea, the sweet notes of the lemon butter and honey. A sure way to cure any left over winter blues!” 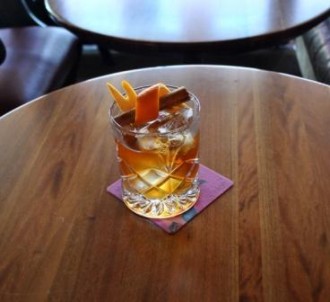 “I really wanted to emphasise the strong orange notes that came through with the vanilla and used the malt whisky to pick up on the subtle caramel and toffee notes I found. The spicy tartness of the bitters and richness of the black walnut link it together nicely. 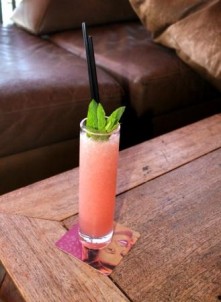 *Add all ingredients to a blender and blend until consistency is even. Pour into tall tube glass. Garnish with mint sprig.

“A raspberry flavoured vodka shouldn’t be taken too seriously so I wanted to make a fun, light and exciting drink. Blended drinks are always a good fun way to serve a cocktail, and so are flavours such as banana and peach – this is a poolside cocktail for sure!” 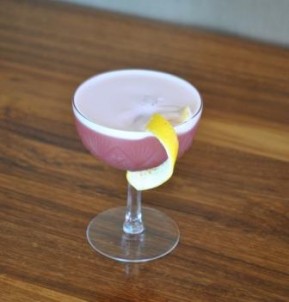 “Absolut’s latest Berry Açaí rekindled a few childhood memories on the nose with scents such as grape hubba-bubba, musksticks. With hints of musk mingling with blueberries on the palate I decided a martini style drink was the best way to compliment its flavour. Aperol adds some tartness, and a dash of eggwhite adds some texture.” 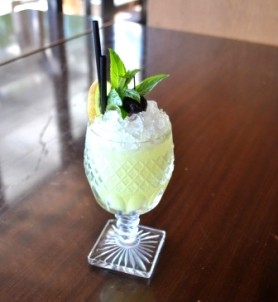 “The passion fruit flavour mixes very well with the kiwi fruit and the other ingredients all compliment and extend the cocktail’s flavour profile. The tea gives a romantic sensation when you drink it – a perfect, refreshing drink for the summer ahead.”

0
Australian Bartender November 4, 2011
No Comments Yet

Do you make your own gin? These bartenders do…