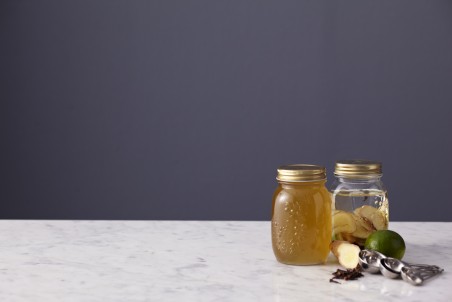 It’s January. It’s 30 plus degrees outside and you’ve just rocked up to work while the day is in its prime. Let’s be honest, you’re not particularly focussed on setting up the bar right now perhaps that’s why you’ve flicked to this page. But you’re in luck – there’s a cure to your summertime bartending blues. It’s a potion that will help you ignore the fact that unlike your punters you still sport a snowy white complexion and it’s a cocktail ingredient that will transport you straight to the Caribbean mon. That’s right it’s none other than fantastic falernum.

Falernum, I’m sure you’ll agree, is an unusual sounding word – especially for a Caribbean spiced liqueur. And as it turns out this delicious rum based cocktail flavouring has an interesting etymology. Falernum owes its name to the renowned ancient Roman wine falernian, known as falernum in Latin. Falernian wine, grown on the slopes on Mount Falernus in ancient Rome fetched a higher price than any other wine of its day. In the ruins of ancient Pompeii, a price list on the wall of a bar still reads:

“For one as [Roman currency] you can drink wine

For two you can drink the best

For four you can drink Falernian.”

A properly made Falernum, like the ancient wine for which it is named, is indeed superlative in taste, but in sooth it’s not something you’d imbibe on its own. Author of The Fine Art of Mixing Drinks, David A. Embury scoffed at it’s mild alcoholic proof, but did note that the Caribbean examples he’d come across were: “Aromatic in character, with a distinct almond flavour and just a faint suspicion of ginger. Excellent with rum drinks, especially in combination with lime juice, but blends better with Jamaican and other heavy-bodied rums than with white Cuban rum.”

So what exactly is Falernum? Well it’s a traditional Barbadian, mildly alcoholic, liqueur that blends white rum with lime zest, ginger, cloves and almonds. When exactly this mix was conceived is a little bit murky, but commercial products have been available since the late 19th century. Fee Brothers have one variation available Down Under, but for traditional alcoholic brands you’ll have to look to the US and the Caribbean. Fortunately for you it’s easy to make. Here’s how:

A few cocktail creations that include a little home-made falernum… 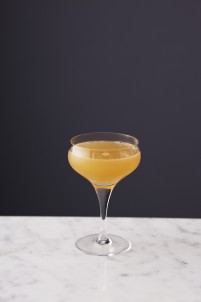 *Add all ingredients to a mixing glass. Shake briskly and strain into a chilled cocktail glass. 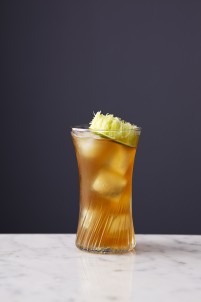 *Add ingredients into an old fashioned glass. Fill with ice, stir and garnish with the spent lime shell. 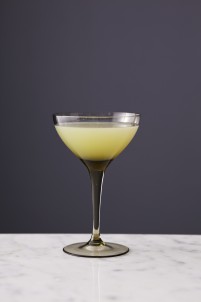 *Shake and strain into a chilled cocktail glass. No garnish as its creator Gregor De Gruyther once said: “No garnish can withstand the awesome power of the Nuclear Daiquiri”.

0
Australian Bartender February 20, 2012
No Comments Yet