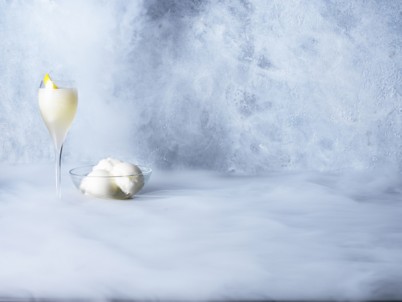 Sgroppino. It’s as difficult to spell as it is delicious. A favourite Venetian palate cleanser Sgroppino, traditionally a mix of lemon sorbetto and Prosecco, roughly translates to ‘little un-knotter’. Certainly the drink has worked its magic on the palates of northern Italians and Austro-Hungarians from as early as the 16th century.

It is believed that Marco Polo introduced the Western world to sorbet. The great explorer brought to Italy a recipe for the icy dessert on his way back from China in the late 13th century as outlined in his Livres des merveilles du monde – more commonly referred to as The Travels of Marco Polo. Prosecco had, by this time been around for a couple of hundred years so it was simply a study of time and pressure (in this case the rich local food) before sparkling wine met sorbet.

Pre-refrigeration, sorbet, as you might imagine, was a delicacy reserved for the aristocracy. And as far as aristocracy goes, few were more influential than Catherine de’ Medici who left Italy in 1533 to marry the Duke of Orleans, who later became Henry II of France. It is believed that Catherine not only introduced the art of liqueur making to the French court, but also showed them the delights of gelato. By the end of the 17th century, sorbet was served in the streets of Paris, and spread to England and the rest of Europe.

Make Your Own Dry Ice Sorbet

Sorbet is a water-based ice that has a smooth almost creamy constancy due to the presence of solids – in this case sugar – and churning inhibiting the frozen water crystals from forming a rock-hard interlocking crystalline structure. Alcohol which has a lower freezing point than water – 40% abv vodka for instance freezes at about  -27° Celsius – can also be added in small amounts to achieve a desired consistency.

Purchasing a quality ice cream churner to make sorbets can be quite an expensive exercise, but thankfully, due to the scientific endeavours of chefs like Heston Blumenthal, we now have knowledge of other more economical and highly effective means.

Carbon dioxide (CO2 ‘or dry ice’) freezes at -80° Celsius and as it warms up sublimates straight into gas with no liquid form. These properties make it the perfect freezing agent for sorbet as you can reach temperatures much colder than with any domestic device and the quicker your mixture is frozen the smaller the ice crystals will be resulting in a smoother texture in your sorbet.

The process is relative simple – pound your dry ice into a fine powder – large lumps won’t completely dissolve and will be unpleasant to eat – and add it straight to your sorbet mix in a Kitchen Aid with the paddle attachment as the whisk attachment will add to much air. Turn it on. Within a minute you’ll have perfect sorbet then you can mix Sgroppini to your heart’s content.

How to make Elderflower & Lemon Sorbet

Step One: Gently heat the water and fructose until it has fully dissolved to create a syrup. Chill thoroughly then pour into your mixer 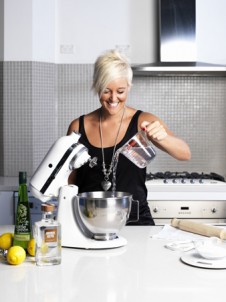 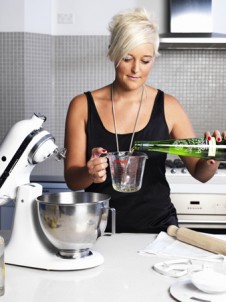 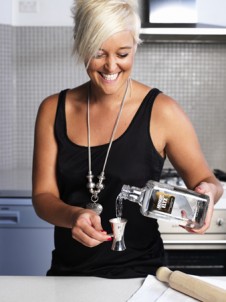 Step Four: Wrap the dry ice in a clean tea towel then pound into a fine powder with a mallet or rolling pin. Add the dry ice powder to your mixer 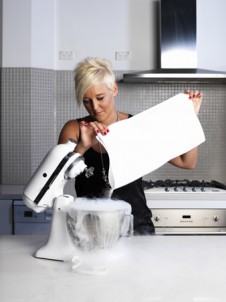 Step Five: Turn the mixer on to a medium speed

Step Six: Your perfect Sgroppino sorbet will be ready in seconds 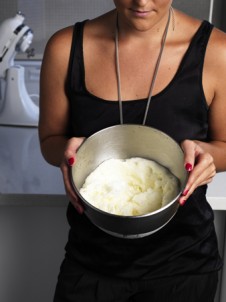 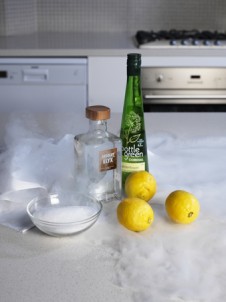 *Add all ingredients to the base of a mixing glass. Using the flat end of a barspoon, whip the ingredients together to completely emulsify. Pour into a champagne flute and garnish with a lemon twist.

Meet Tani Williams, a hospo newcomer cutting her teeth at The Roosevelt

Benjamin Hickey & Naomi Palmer: we chat with the power duo behind The Roosevelt

Calamity Jane: A tropical delight from The Roosevelt in Kings Cross

ABSOLUT ELYX to send 2013’s Bartender of the Year to Sweden!