Bartender of the Year, Comps, Events
May 24, 2012
by Australian Bartender
0 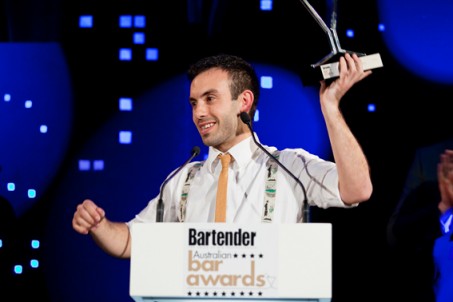 There are only a few days left to register for the Bartender of the Year Competition for 2012 – to be considered you need to check out the How to Enter below. Don’t delay!

Australia’s most coveted bartending title is gearing up for another round in 2012. The Bartender Magazine Bartender of the Year Competition sponsored by Ketel One is aimed at discovering and celebrating Australia’s top bartending talent – and if you’re a bartender you can get involved.

“This year we’ve done away with the voting process for the competition,” explains Bartender‘s drinks editor and competition organiser Simon McGoram. “This competition is about finding excellence in bartending by testing all facets of the bartending craft and no popularity contest can help you with that.”

“Every year the standard of competitors in this challenge improves dramatically. It’s a sign that Australia’s bars and bartenders are becoming increasingly professional. We’d like to think that by championing the trade with this competition over the past decade that we’ve in some small way contributed to this improvement in standards.”

To compete we’re inviting all-comers to email their intent to participate to Bartender‘s drinks editor and competition organiser Simon McGoram. Simply email your name, mobile number, postal address and venue you work at to simonmcgoram@fullproof.com.au to receive your invitation to compete at Sydney Bar Week this September. Entries close with the conclusion of Bar Awards voting on May 27.

Apart from national bragging rights the winner of this year’s Bartender of the Year Competition will gain automatic entry into the Australian national World Class final in 2013. In addition to this the lucky winner, courtesy of Ketel One, will also win a trip for two to a Reserve brand home of their choice, choosing from Jose Cuervo in Mexico, the Malts Advocates Course in Scotland, Zacapa in Guatemala or a Tanqueray No Ten visit in England combined with Ketel One tour in Holland.

The 20th Annual Bar Awards Digital event. Where, when & how to watch

Get on board and host your own Bar Awards Livestream Party!