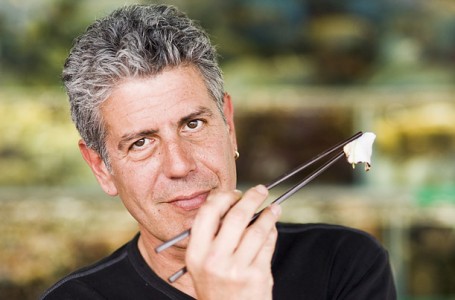 Recently I took the Bartender team out to see Anthony Bourdain, former New York chef, come travel writer and TV presenter, who has developed a cult ‘foodie’ following over the last decade. His profile is huge and people love his no bullshit approach to food and to all things hospitality.

He says things that we’d often love to say, but either can’t – or don’t have the balls too – and does it in an honest and straight shooting style. Right now you’re probably wondering why I am rambling this kind of love letter from what seems like his number one fan/ staker. Well, one of the reasons I attended this gig was because I was hoping for an opportunity for ‘question time’, so that I could throw a few questions at him about bars and drinks as I was intrigued to know what he thought about bartenders and bars in general. Why do I care? Well, watching this guy’s shows or reading his books, it becomes clear that he has been to almost every city that’s worth a visit, and checked out the best and worst that is on offer.

His is an opinion I respect.

At the end of the show I raised my hand and luckily the mic came my way, so I posed the question, ‘What bars and drinks do you like’. The straight up answer was bourbon and dive bars, but a passing comment was also given to cocktails and it resonated strongly with me: “there is no fucking way a drink should take longer to make than to drink!”

His comment got me thinking about how many bars are pushing the molecular options too far, or simply taking too bloody long to make their drinks. I’m sure we can all agree that if the bartender can’t serve you a beer or wine in less than 15 minutes they need a career change to something more suitable – say management at Centrelink?

But what about the more labour intensive drink: the Cocktail? How long should one of this take to make? Let’s consider that a Cocktail is at its best within the first ten, maybe 15, minutes of being created. After that the drink has completely changed in taste, dilution, appearance and temperature. So based on the rule that one should aim to consume their Cocktail within 10-15 minutes, to get the best of what your fine bartender has made for you it’s understandable that people are getting very frustrated having to wait over 15 minutes.

Delays when it comes to drinks will do one of two things for me, and most punters. I will likely order a beer for the next round or go elsewhere out of sheer frustration and thirst. This can be bad news for a bar’s reputation (and bottom line) as word of mouth can destroy a bar’s reputation so quickly in today’s age of social media savvy consumers. So make sure you keep and eye on the clock next time you’re whipping up one of your finest tipples.

Editor’s Choice: The Art of Drinking 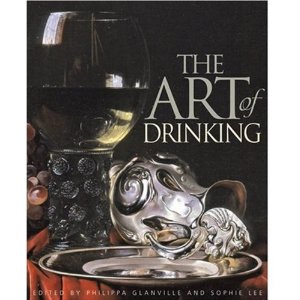 The dark and bland cover of this book does it no favours, but the old saying rings true as it is an amazing read once you’re inside. The Art of Drink explores the social history of drinking dating back over 500 years. It also showcases a huge selection of extraordinary drinking objects and artworks inspired from the love and hate of alcohol. Standout chapters include, ‘On the Move, Hunting & Travelling’ and ‘Drink in the Americans’. I would have to say it is the most interesting book I have seen in years, and I can’t believe it was published in 2007! Well done to the editors, Phillipa Glanville and Sophie Lee.

0
Australian Bartender June 4, 2012
No Comments Yet

Happy Birthday to us!