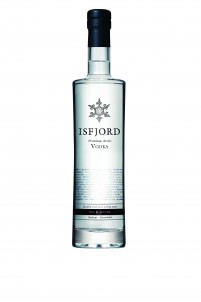 Isfjord Premium Arctic Gin & Vodka, the new super premium beverage spirits distilled with the super soft and pure iceberg water from the Ice Cap of Greenland, has now travelled across the globe to be enjoyed by Australians.

Over past years the market for white spirits has emerged with a variety of new brands available – especially Vodka and also Gin, where the predominant flavour comes from juniper berries. But a new brand only truly stands out by the way the product is distilled and produced

Unique, the gin and vodka from the independent Greenlandic brand Isfjord (pronounced ees-few- ord) is distilled purely of iceberg water from the vast Ice Cap of Greenland. Naturally shedding Ice Cap water is extremely pure and soft as the water has been preserved as ice for 180,000 years in the up to 3.5 km thick Ice Cap, completely sealed from the outside world and any pollutants. The ice cap water used in Isfjord Vodka and Gin is harvested from only fallen ice pieces and therefore has no detrimental affect on the environment whatsoever.

Isfjord has been launched into the Australian market by Red Island to satisfy the demand for super premium spirits in this highly discerning, and environmentally conscious, region.

“In 2007 we discovered the amazing characteristics of distilling spirits with the iceberg water from Greenland. So we decided to challenge the spirits market and produce the best and most pure Gin and Vodka in the world. We spent more than two years refining our blends until we were satisfied with the taste and extraordinary smoothness” announced Caroline Deichmann-Bendixen, CEO of Isfjord. “It is the purity, taste and smoothness that sets our Gin and Vodka apart from the competitors”.

And Isfjord has well succeeded in their efforts. Deichmann-Bendixen added “Recently we entered our first spirits award, ISC – The International Spirits Challenge 2012 in the UK, almost the homeland of Gin, with our Premium Arctic Gin. Over a one week period 50 judges blind tasted a large variety of Gin brands and we were thrilled that Isfjord was awarded the ISC 2012 Silver Award! As a small independent brand this is of course highly remarkable and proves that our efforts towards distilling and offering one of the best Gins in the world has paid off”.

The iceberg water for Isfjord Premium Arctic Gin and Vodka is sourced solely from Greenland, with the distillation and bottling carried out in nearby Denmark (where Australian Mary Donaldson is Crown Princess of Denmark having married Frederik, Crown Prince of Denmark). Greenland is an autonomous country within the Kingdom of Denmark.

“Greenland, being a part of the Kingdom of Denmark makes we Danes very proud” Caroline Deichmann-Bendixen notes. “90% of Greenland is covered by ice and snow and the nature is absolutely magnificent. When harvesting the ice for distilling Isfjord Vodka and Gin, we do it manually from boats capturing the floating ice pieces that 100% naturally break off the Greenlandic Ice Cap and scatter into the ocean – as nature has done for thousands of years. Isfjord employs local Greenlandic people to select and harvest the ice, benefitting from their wisdom and knowledge of ice and nature. The method we use to melt the ice into the purest water is the same way the local Eskimos have done since the first man sat foot in Greenland. We are simply tapping into nature and in no way causing harm to the Arctic nature and Ice Cap.”

She finished by adding that “We chose to name the brand Isfjord after the Greenlandic region from which we harvest the ice. We have established a very good long-term relationship with the Greenlandic Government and are very proud to have their support for Isfjord”. 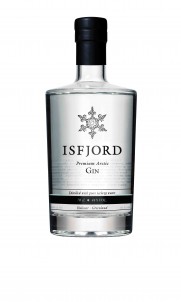