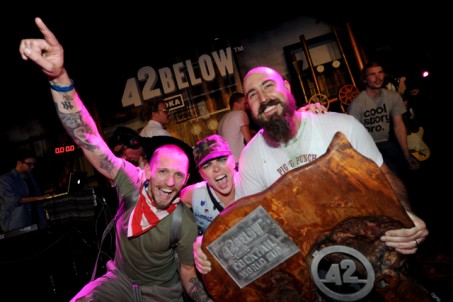 After leading the points table all week and winning the first two challenges of the competition, Team USA has won the 42BELOW Cocktail World Cup 2012.

Team USA made not only a perfectly balanced and well executed drink but delivered a highly choreographed stage show. In keeping with the event’s theme ‘Lab Experiment’, their performance was inspired by American comic ‘The Incredible Hulk’, the ultimate scientific experiment gone wrong.

“Winning is one thing but even being here is another. Getting the chance to meet other bartenders from around the world and of this caliber is an amazing opportunity. I’ve learned so many new bartending methods and made friends for life,” says Steve Schneider.

Their win is extra special as Beckaly is the first female bartender to ever win the competition, “I feel amazing. I normally don’t think that women should be isolated out, but it really feels good to bridge the gap.”

42BELOW Cocktail World Cup is one of the world’s most unique and challenging mixology competitions. Twenty one of the world’s best bartenders spent three days in Queenstown, throwing themselves from cable cars, flying in helicopters, riding the Shotover Jet, competing in terrifying challenges and listening to seminars from some of the industry’s most influential tastemakers.

Check out one of Team USA’s winning recipes below. 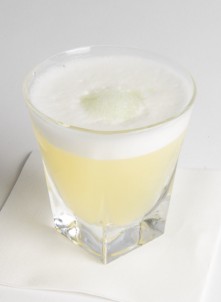 Shake and served in a small Rocks glass. Top with cucumber air.

42BELOW is sending 10 bartenders to NZ — entries close May 31