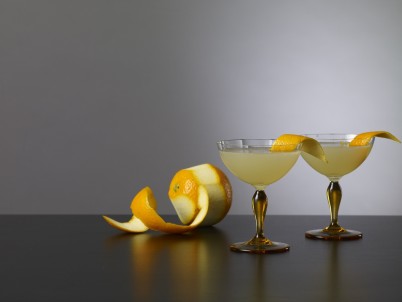 This story appeared in the August issue of Australian Bartender.

It’s always a challenge trying to find a classic vodka cocktail that’s up to scratch. Sure there are Martinis (or Kangaroo cocktails if you’re a stickler), Cosmos, Mules, Marys and Caesars, but despite vodka’s famed mixability and current popularity there’s relatively few concoctions that have stood the test of time. Well the team here at Bartender thought that it was time to remedy this so we’ve blown the dust off a couple of old tomes to see if there are some vodka cocktails from yesteryear that you might want to add to your arsenal.

One big issue we discovered is that during vodka’s infancy (in the US that is) there were relatively few cocktail books of any great worth being produced. Stan Jones’ Complete Barguide was released for one solitary edition in 1976 and was the first cocktail book of note published in the States for almost 30 years. Could that be why vodka has lacked its answer to many of the other spirit categories’ blockbuster tipples?

Stan Jones’s book does reveal a coupe of vodka-laced crackers. One of the first to catch our eye (and not because it starts with an ‘a’ in an alphabetical selection of over 4000 drinks) was the Aqueduct cocktail. A perfectly balanced combination of vodka, lime, curaçao and apricot brandy reading the recipe alone we were convinced this would work.

The name of this tipple seems a little odd at first glance, but under closer scrutiny the name of the drink could refer to an old naming convention involving horse racing. It is possible that the Aqueduct cocktail is named for the racing track of the same name in Queens, New York. A racing drink without bourbon you say? Well it’s plausible if not probable.

Of the other two vodka tipples we’ve unearthed for you, it is the Polynesian Pick Me Up that you’ll likely find the most intriguing (read: insane). It combines vodka with cream, lemon juice, Tabasco, pineapple, curry powder and cayenne in a bizarre tiki-inspired mix. The drink, designed as a hangover cure, works surprisingly well: the sweetness of the pineapple counters the spicy melange of flavours. Our advice? Try a couple of Aqueduct cocktails for a bit of Dutch courage before giving the Polynesian Pick Me Up a whirl.

0
Australian Bartender September 13, 2012
No Comments Yet