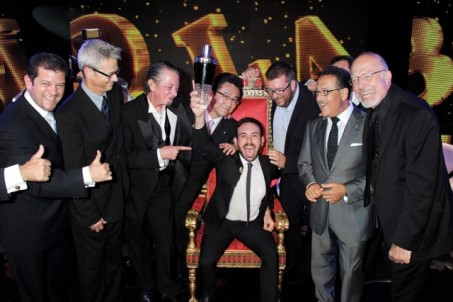 Fresh off a victory at the Global World Class final in Rio de Janiero, Tim Philips, easily the world’s top ranked bartender, and our reigning Bartender of the Year is set to open a Sydney bar venture. Teaming up with Rob Sloan (ex-NSW Reserve Brand Ambassador) the power bartending duo let slip at last year’s Bartender Magazine Bar Awards (as Philips was being crowned Bartender of the Year) that they’d be going into business together.

Since then the pair have been more tight-lipped, though they have confirmed they have a site at Sydney’s Bulletin Place. “We’re keeping our mouths shut till our DA is granted,” said Philips. “We do have a name, website and address though.” The first floor cocktail bar will be called bulletin pl. after the laneway in which it is situated. The laneway, which runs off the Circular Quay end of Pitt Street, has been earmarked by the City of Sydney for considerable revitalisation.

Catch Tim Philips as he co-hosts and judges this year’s Bartender Magazine Bartender of the Year at the Bar Week Drinks Fest Trade Day, this Monday the 24th of September from 10:30am!

0
Australian Bartender September 21, 2012
No Comments Yet

The 20th Annual Bar Awards Digital event. Where, when & how to watch

Get on board and host your own Bar Awards Livestream Party!