This article appeared in the October issue of Australian Bartender.

“You just have to look at places like Ivy and Establishment to know that no body any time soon will have the balls to create something of that size and grandeur.”

Is the era of the big ‘group’ in Sydney coming to an end? Or is the landscape just changing for the better? And what the hell do I mean by these questions? Well what I’m getting at is that for most of the past decade innovative groups like Keystone and Merivale have mostly set the standard with trendy bars, restaurants and nightclubs. There wouldn’t be a hospitality award out there that they haven’t won at least once and rightly so. There is absolutely no question that they have raised the bar in all areas and many of the best bartenders in Australia can claim to have worked for them at some stage and been taught many valuable lessons in the process. On so many occasions they have prided themselves on not only being the first at doing something in Australia but also the best. You just have to look at places like Ivy and Establishment to know that no body any time soon will have the balls to create something of that size and grandeur. And just think about how many people would like to emulate the success of the Gazebo wine bars.

We all know these guys can open a great bar. Just check out the Palmer & Co review from this month if you have any doubts! But I guess the question is, have the host of new, smaller operators  done enough to change the Sydney drinking landscape and provide more serious competition to the successful and media adored operators like Merivale, Keystone & The Hugos Group? Well to me the answer is simple and that is yes. The landscape has changed and what we are seeing today in Sydney, and all around the country for that matter, is a much broader and more diverse range of venues opening run by such a wide range operators that it naturally breaks the stranglehold the big groups had on the drinking public. You just have to look at all the amazing selection of nominated bars and people at last months Bar Awards to see how exciting things have become in our national industry and what a healthy future we have with todays passionate operators, managers and bartenders. All this is good news for an industry that needs to provide good opportunities for young people to stay in the industry and see it as a “real” career.

Over the past decade we have had and still have many great bars in operation. Thankfully, these pioneering big groups continue to do amazing things and are ‘on trend’ and that has never been more evident than with the their recent string of successful openings and re-launches. But what is different is that we have many more great places to write about at Bartender HQ and punters have many more great bars to enjoy a drink at while our leading hotel operators continue to innovate and shine. 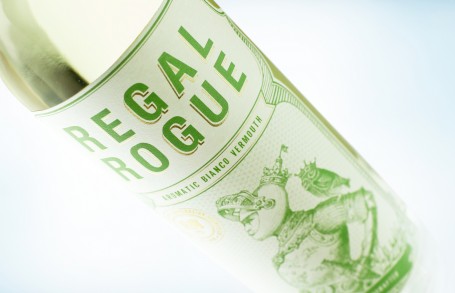 On a trip to Perth recently I tasted a new vermouth by Lisa McGuigan from McGuigan and Yakusan’s Mark Ward (now based on Honkers). First up is their bianco with rosetta, dry and rosso scheduled to be launched by the start of 2013. What I like about this product is that is Australian plus they were smart enough to get someone who knows a few things about cocktails involved and most importantly it tastes good. I’m not sold on the traditional wine bottle packaging but I understand why they used it being a wine company but that aside its definatly worth a try.

0
Australian Bartender October 16, 2012
No Comments Yet