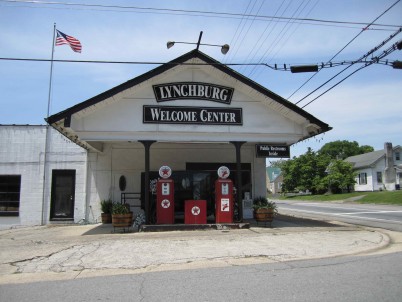 Creativity is knowing how to conceal your sources**. Do you know who said that? No? Well in that case, it was me! Aren’t I clever? Now give me some money.

That, in a nutshell, is how creativity works in a commercial sense. Commercially, the question of who created what and when arises because there is a network of laws that protect creation, in some cases, for wildly varying amounts of time, in certain countries. Sometimes. Ethically, the act of creation is revered because we are stupid. Yes, I mean you, and me too, not just the slow kid at the back of the classroom who isn’t allowed to use sharp scissors. We are so dumb that we actually believe, in an increasingly networked planet of six billion souls, that one person can have an original thought, at one specific well-documented moment in time, and that said person deserves to be credited with that creation and all that flows from it: glory, money, lots of Likes on Facebook.

We literally cannot imagine what “six billion” actually means. What’s the largest crowd you’ve ever been in? Fifty thousand? Seventy thousand, maybe? Six billion is over eight thousand times more people than that crowd. How many coincidences can there be on a planet of 6 billion? There are 1.6 million people who have the same birthday as you. 7 out of 10 people in the whole world use Facebook. There are 150 million people who own a copy of Lord of the Rings, and 450 million who own at least one Harry Potter book – that’s 1 in 13 people who walk this earth. Everyone who can, uses the Internet. Music is free. TV series go global, with repeats, subtitles, DVD boxsets, Torrent downloads and online streaming. We all used to be on Drinkboy, and now we all read Dave Wondrich.  We are all, increasingly, exposed to the same things, in communion with six billion other souls we’ve never met and never will. If an idea is a good one, chances are that someone quite like you has already had it – or will have soon after you. You don’t mean to copy. But you do. Everyone does. No-one creates from a blank canvas. Creativity is the act of — consciously or unconsciously — benefiting from the generations that went before, good and bad. We learn as much from the mistakes of yesteryear as we do from the failures.

Beyond having the idea, is commercialising it. An idea is a worthless thing. It has no value. A  cocktail recipe is nothing more than an idea. Yes, it makes a real, tangible drink, but the drink itself is also worthless unless you can sell it, and sell enough, and efficiently enough, so the bar or restaurant can make a profit. A recipe has no inherent value and you can’t trademark recipes these days anyway. A recipe is Schrödinger’s Cat. Better to be the kind of person who becomes known for thinking up great recipes, and set yourself up in a way that you can benefit from that skill. Most top (and a depressing number of bottom-feeding) bartenders today do this: they have companies, business cards, websites, invoicing software, pricing structures. When a brand wants to capitalise on the Cosmopolitan or Penicillin or Chartreuse Swizzle or Gin Basil Smash, they can call the creating bartender — or be called by that bartender — and both parties benefit. Oh, and in case you didn’t hear: if you’re an employee, and you invent a cocktail while at work, that recipe is owned by your employer, not you.

Painful is the only way to describe the story of Tony Mason , who claims to have invented the Lynchburg Lemonade in 1980 at his bar. A Jack Daniels’ sales rep who visited the bar learned the recipe, communicated it up the corporate food chain, and JD rolled out a national Lynchburg Lemonade promotional campaign. A few years later, JD even launched RTD versions of the Lynchburg. Millions were sold. Mason won just one dollar in damages because it was judged that Mason had not done enough to protect the recipe, and because expert-witness bartenders judged the recipe was easily duplicated and too simple to protect (full judgement here — it makes fascinating reading: http://gozips.uakron.edu/~dratler/2010tradesec/materials/mason.htm ) . I’m also betting Mason didn’t get hired, by JD or any other firm, for too many beverage-consulting gigs after the lawsuit, nor did the JD company spend their expenses money in his bar any more.

Anything wrong with copying? Not a thing. Just do it well, be successful, acknowledge your sources – and don’t be too precious when someone copies you.

Philip Duff last had an original thought in 2003.

** Actually, it was Albert Einstein

0
Australian Bartender November 21, 2012
No Comments Yet