Today, a different column. No bartending, just a meditation. Well, once a year is OK, right? 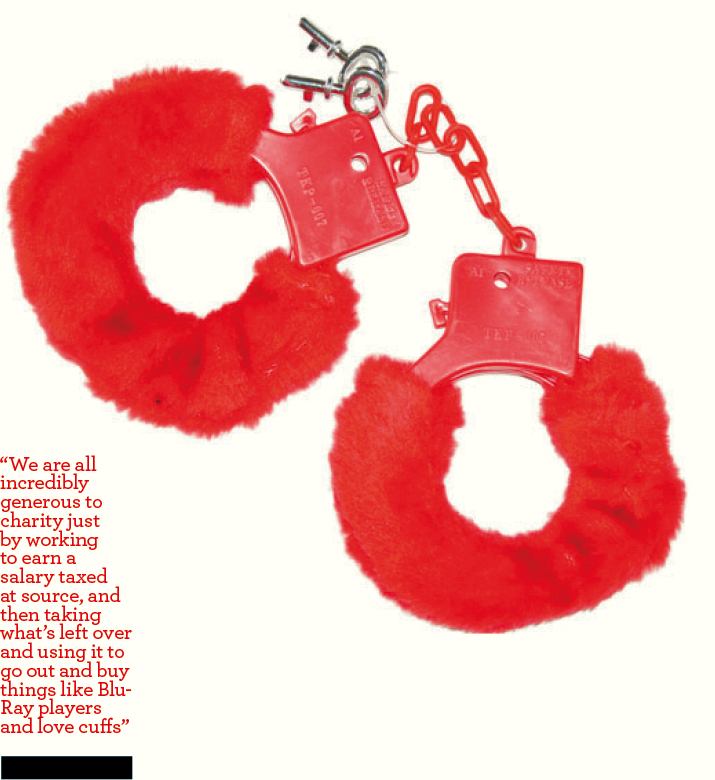 And that’s the problem. We have a need to give, but we have perverted that noble, natural instinct to do so: with taxes, with social security systems, with loopholes and the fear of being defrauded, with the move to a secular existence without migrating the charitable requirements, ethical and financial, that pop up in just about every religion over to their new non-God-bothering space on the bookshelf of our needs for communion, ritual and celebration that are now being sated by Bon Jovi concerts, Japanese bartending and the X Factor.

I have a soft spot for old Andrew Carnegie. My first love was books (and if you ask me when the wife isn’t around, it still is). I read voraciously, and in a pre-Internet small town in Ireland, that necessitated a lot of visits to the library. It was a Carnegie library and, rather handily, you could look up what “Carnegie library” was in the library itself.

Starting with an investment capital of $0, Carnegie made a mouth-watering fortune in steel: he sold his firm for (in today’s money) a touch under $13 billion (cash!) in 1901 and devoted the next twenty years of his life to giving as much of it away as he could. He paid for 2,509 libraries around the world to be built, the bulk in the US but many as afar afield as his native Scotland, Ireland, Fiji, Serbia, the Caribbean, New Zealand (not a real country though, eh?) and Australia. What a dude, right?

But… old AC lived in a time when there was no income tax. No company tax. Barely any tax at all except on land. Not a jot. Zero dollars.  Philanthropy was something to do to keep one entertained and appear dignified, but the flip side was, no-one was paying anything into the government’s coffers. Nothing at all. Obviously, kudos to old Andrew without whom, literally, I might not be sitting here writing this article – there’s a good chance I’d be staring at a book and wondering what fancy people saw in them – but here’s the question: is it charity if you don’t have a choice?

Nowadays, in every civilised country in the world, tax is paid at source, withheld from wages and charged on purchases in the form of VAT. The government then takes that money and uses it to build roads, open schools, run a health service and buy lots of awesome things like airplanes with guns and attack helicopters. We are – all of us – being outrageously, incredibly generous to charity just by working to earn a salary taxed at source, and then taking what’s left over and using it to go out and buy things like Blu-Ray players and love cuffs, which pours more wonga into the government’s bank account in the form of VAT. Usually, when all’s said and done, we hand over between 35 and 50% of our gross income in the form of taxes. I’m not fond of it, but I’m shit at building roads and let’s just draw a veil over that time I worked as a volunteer gynaecologist. Taxes are efficient, because we just have to pay them, enjoy the benefits and worry no further.

But we need to give. Regardless of whether it’s needed. At-source taxation takes the work out of our hands but not the desire to be involved in it’s execution. I saw a perfectly sane person create an online appeal yesterday to “help the teachers of that school in Newtown (Connecticut) buy book supplies and the like for their temporary classrooms.”

A lovely idea. But completely unnecessary. It is a well-endowed school in a wealthy little suburb. Not bonkers rich, but enough. Money is not what they need now. They need to be left alone, both by the media and by the well-meaning, left alone to mourn and to heal. This person’s appeal was more about her need to feel she had done something, than about any real need to do something. Here’s where it gets dangerous. Donating often doesn’t solve problems: best-case is that it is vilely egotistical, worst-case it very often prolongs the very problems it should solve. The sobering reality of this is best read in The Road to Hell: The Ravaging Effects of Foreign Aid and International Charity, by Michael Maren.

So next festive season – and beyond – be grateful that you are healthy, happy and able, in return for a bargain 50% of your income, to be able to enjoy life to it’s fullest while living in a society where everyone should be able to get what they need, when they need it*. Be proud to be a taxpayer. Hold your politicians to account if they squander tax revenues. High-five every guest who pays their tab, because they are dribbling money into the nation’s reserves. And have a wonderful, peaceful, lucrative, lust-filled and liquid 2013, dear reader. Cheers!

0
Australian Bartender February 12, 2013
No Comments Yet

Are you a mixologist or a bartender?