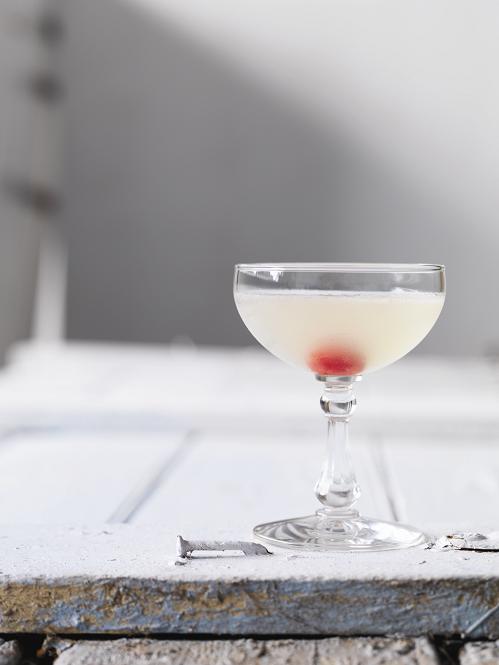 Well, it’s Easter — and with it comes a long weekend — and we figured that some of you will need to do a little resurrecting of your own. And what better way to cast off that demon hangover and rejoin the living than the Corpse Reviver? Check out the Classic we wrote back in 2009 below:

Designed as a ‘pick me up’ or hangover cure as, as the name suggests, the Corpse Reviver No. 2 is a once forgotten ‘classic’ that has returned from the land of the long dead cocktail with a vengeance. This well balanced beverage has a delicate harmony of flavours that is proving to be popular once again amongst the cocktailian set.

“Four of these in taken in quick succession will unrevive the corpse again.”  – Harry Craddock

Technically the ‘Corpse Reviver’ is a class of beverage rather than a particular concoction per se with the term first popping into the mixologists’ lexicon in the second half of the 19th Century. Robert Hess’ article concerning the Corpse Reviver on The Spirit World website mentions that; “One of the first accounts of the Corpse Reviver comes from the 1867 Exposition Universelle in Paris, where a British Journalist reports:

‘At the bar, and from siphon tubes decorated with silvery figures of the American eagle, were dispensed the delicious ‘cream soda’ so highly recommended by the faculty. ‘Cobblers’, ‘noggs’, ‘smashes’, ‘cocktails’, ‘eye openers’, ‘moustache twisters’, and ‘corpse revivers’ were also on hand; and I dare say you might have obtained the mystic ‘tip and tac’, the exhilarating ‘morning glory’, the mild but health-giving ‘sarsaparilla punch’, to say nothing of one of them things, which is a recondite and almost inscrutable drink.’

Come Prohibition there were perhaps four or five popular takes on what was called a Corpse Reviver. Savoy bartender Harry Cradock, listed two in the first Savoy Cocktail Book in 1930, but it is the No. 2 version which has been given a new lease of life. Cradock did warn, however, that: “Four of these in taken in quick succession will unrevive the corpse again.”

Bartender‘s rather worn copy of Ted Haigh’s (a.k.a Dr. Cocktail) Vintage Spirits and Forgotten Cocktails is widely regarded as the work responsible for reviving this once forgotten ‘corpse reviver’. Cocktail blogger of note, Paul Clarke of The Cocktail Chronicles, can’t utter the words ‘corpse’ and ‘reviver’ with a tip o’ the hat to ‘Dr. Cocktail’ and it is not at all a flippant gesture; cocktail geeks have avidly digested Haigh’s prose which has been out of print since 2004. Fortunately, like the cocktail we’re featuring here Vintage Spirits & Forgotten Cocktails has seen a new lease on life being re-released in a new expanded and revised “Deluxe Edition” which you’ll be reading about in August’s Bartender magazine.

In his book Haigh notes that: “This is one of these cocktails that must be exactly measured to perform its magic. Here is a drink that, more that any other, shows just what delicate chemists these golden era bartenders often were.” These sentiments are echoed on drinks blogs all around the world-wide-web although Paul Clarke concedes that you can stretch to adding two drops of absinthe rather than the solitary one permitted by Haigh in his recipe listed below:

Shake in an iced cocktail shaker and strain into a cocktail glass. Drop a stemless maraschino cherry into the bottom of the glass.