In 1898 the streets of New York were ripe with vice; Gotham was in the grip of a burgeoning trade in brothels. A letter that year to The New York Times described hotels “where rustic beaus are fleeced and rustic belles debauched,” and a casual walk to church could see a man “accosted by a leering drunken woman.”

Brothels multiplied throughout the city and they were in the city’s lowliest boroughs and in its best suburbs, as an unintended consequence of the 1896 Raines law.

Aimed at lowering alcohol consumption, the Raines law restricted the sale of alcohol on Sundays. Bars, saloons and restaurants were forbidden from selling alcohol on Sundays with the only exception being hotels, who were allowed to sell booze with a meal or in the bedrooms of the hotel.

So, what’s an enterprising bar owner to do? Many of them added rooms to their premises, and for a desultory few, that suggested another possible revenue stream. (Here’s a hint: it’s a profession older than the bar trade.)

Prior to 1896 there were just 13 hotels in Brooklyn; in 1900 The New York Times suggested there were more than 2000.  Whilst many bar owners avoided the temptation to get into this riskier business, the numbers that did were not small — with good reason. There were strong business incentives to do so, suggested the Times. “To secure such a license [the bar owner] must go to some expense in maintaining the pretense that it is a hotel that he keeps. He must add and fit up lodgings far beyond the requirements of the community for lodging houses. He is thus subjected to the temptation of making good his extra expenses by adding a vicious resort to his drinking place.”

For the most part, the sleaze has been swept from the streets in modern day New York. Once dangerous areas are now hotspots of gentrification, neighbourhoods of haute culture and hipsterism. But the Raines law lives on — if in name only — at this Flatiron speakeasy, The Raines Law Room. It’s just that the only thing to solicit in this bar are classic drinks.

Nominated in 2012 at the Tales of the Cocktail Spirited Awards for Best Cocktail Menu, the bar is led by head bartender Meaghan Dorman. “The original menu was created by Michael McIlroy (of Milk & Honey), who trained the original staff,” said Dorman, who took the helm of the bar in 2009. “The bar program is based around classic cocktails, combined with the freshest ingredients and excellent execution,” she said. 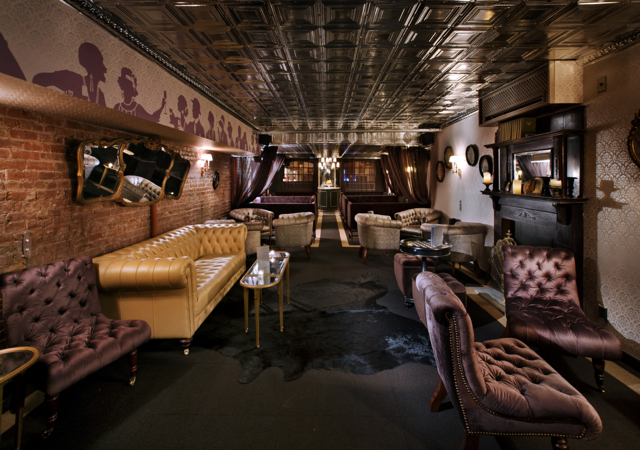 The bar isn’t structured like your regular bar — it takes its cues from the days of the Raines law, when saloon-owners, to trade on Sundays, would serve meals and drinks in newly added rooms. So what you have at Raines Law Room is like going to a friend’s apartment for a drink or two.

The entrance is down a flight of stairs to where you ring a buzzer, and are greeted by the host, setting the tone for the evening.

“The guests should expect an elegant introduction to Raines Law Room,” said Dorman. “We created the bar with a house feel so that people felt that they were somewhere special and comfortable immediately.”

It’s old fashioned hospitality, really. “The host is there to greet them and direct them to a table, and also take coats or store any bags they may have brought with them,” she said. “Then the host or server will provide them with a menu and answer any questions they may have.”

The bar’s layout is like a little series of rooms; entering past the sign-in book, you step through the lounge which is designed to resemble a 19th century English townhouse, replete with Chesterfields and table service. On your path towards the bar you pass what they call the parlor, with deep banquette seating and long flowing drapes offering a little privacy. One imagines it’s much like the rooms that were added to saloons in the days of the Raines law.

And then there is the bar. “Our bar resembles a kitchen, so the bartenders work off a centre island which has all their juice, fruit, etc,” said Dorman, “and the liquor is stored underneath in a ‘lazy-susan’ style.  It makes the bar more relaxed, because guests feel at home and they can also get a close look at the cocktails and ask questions to the staff.” 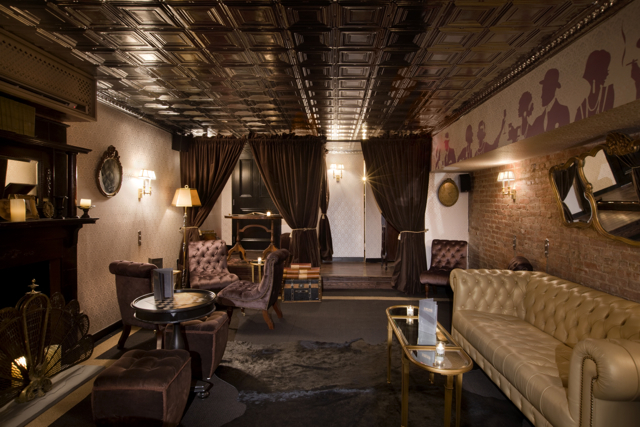 You’ll just want to make sure you go with a friend — otherwise, you might feel you’ve turned up a neighbour’s house party where you don’t know any of the guests!