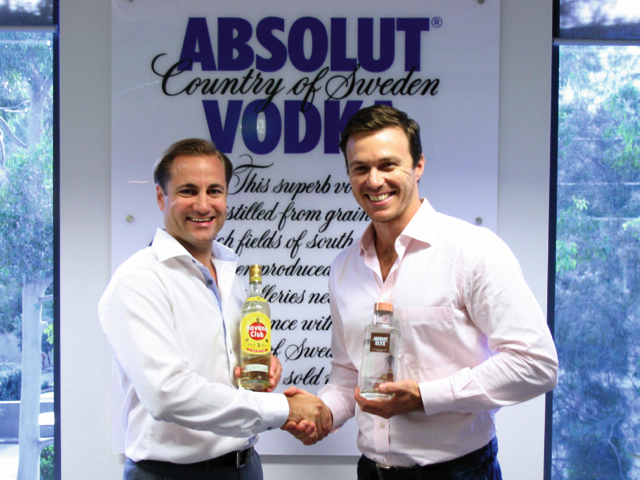 It’s that time of year people — in just four months’ time the country’s biggest and most challenging bartending competition will get underway. Australian Bartender is proud to announce that this year’s competition will be sponsored by ABSOLUT ELYX and Havana Club, both from the Pernod Ricard stable of brands.

Julien Marteau, Senior Brand Manager for ABSOLUT and Havana Club said that ABSOLUT ELYX, ABSOLUT’s handcrafted luxury vodka and Havana Club 7 Años, the flagship of the Cuban rum distillery, are proud to be the new sponsors of the Bartender Magazine Bartender of the Year Competition.  “We are very excited to sponsor this prestigious competition where the crème de la crème of the Australian bartending scene compete for the most coveted title in the industry. Together, we look forward to elevating the competition into the super-premium sphere and  adding some Swedish and Cuban flair to this prominent event”.

The Bartender Magazine Bartender of the Year sponsored by ABSOLUT ELYX and Havana Club will up the ante this year — not only will there be the nation’s toughest written exam, and the mystery round for the Top 20, but this year we’ve made the Top 10 even harder.

This year’s Top 10 will prepare their two drinks on the mixology stage — in front of more than 600 of the industry’s best and brightest at the 2013 Australian Bartender Bar Awards at Doltone House.

Each of the Top 10 will be allocated a time to present their two drinks in between awards throughout the night. We’re expecting platinum chat, an entertaining show and the best drinks in the country. This is the comp to win!

If you haven’t already done so, to nominate yourself for the competition email your name, venue, and mobile number to sam@spantonmedia.com before the end of May.