The last few years have seen an explosion in the popularity old time American whiskey made from rye. Aside from a handful of brands — if there was indeed that many — rye whiskey was essentially extinct in this country, with scant interest even in its homeland of the US of A.

There were a number of different styles of rye that were prevalent prior to Prohibition — in fact, rye was the dominant spirit in the northeast of America since the days of rum mania, which died out with the revolution. There were distinct styles depending on the region from whence the bottling came — Maryland ryes, which celebrated DC bartender, Derek Brown (whom we featured in our March issue) nominated as the one drink that has disappeared that he’d like to bring back , were known for their brightness, roundness, and floral notes; Pennsylvania ryes, also known as Monongahela ryes, were rye-dominant whiskies (often nearing 95% of the blend), with Old Overholt being one of the few remaining styles of rye from Pennsylvania today.

To be labelled a rye in the US, the whiskey must be distilled from at least 51% rye (though it may go higher) and be aged in new, charred American oak. The panel found the six ryes we tasted to be mostly to their liking; a clear preference, however, was expressed for ryes that showed themselves as what they are — ballsy, spicy drops that certainly left no questions about their identity.

(Click through on the image below to see a larger image) 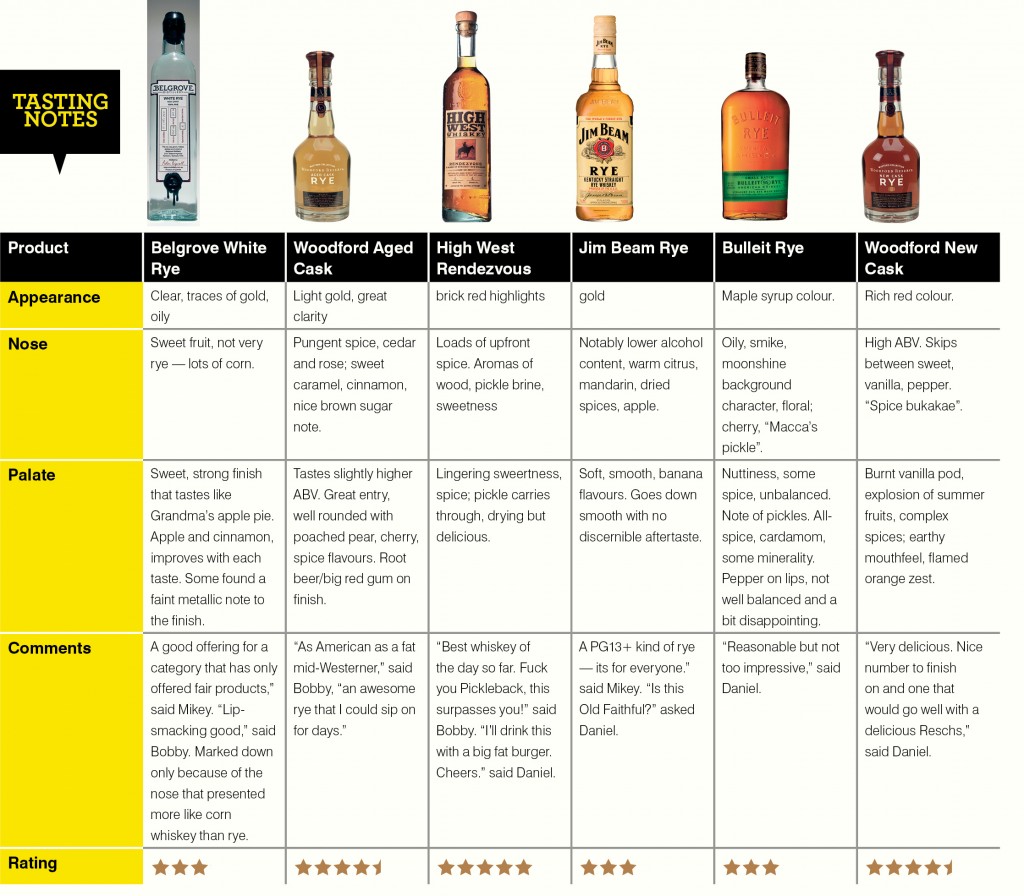