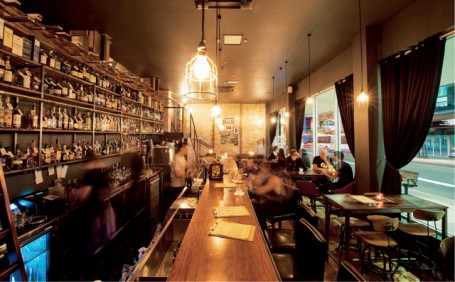 You’ve heard of BYO right? It’s an Australian tradition not seen in much of the rest of the world. Well, here’s a new one: BYF (or at least that’s what we’re calling it). Cobbler is promising patrons that they can bring their own food to the beverage-only venue.

The bar revolves around cocktails and whisky — they boast over 150 of the spirituous beauties — and the drinks list will change according to the seasons. Owners Martin Lange, Asa Boardman and Trent Goodwin are the driving force behind the new bar, with Boardman’s graffiti covering the walls of the mezzanine level.

0
Australian Bartender June 5, 2013
No Comments Yet