You don’t turn down an invitation to tour Mexico’s distileries with Tomas Estes and Phil Bayly. David Spanton got the rundown on some of the best distilleries in Tequila and in Oaxaca in our May issue, and today we start with Casa Herradura. 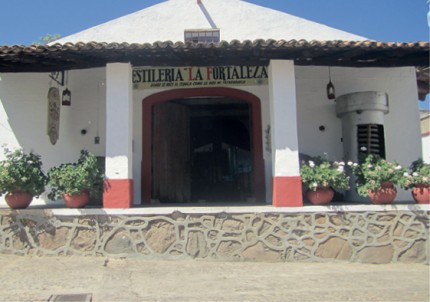 Owned by 5th generation family member Guillermo Erickson Sauza, the grandson of Javier Sauza who in 1976 sold the Sauza distillery. What wasn’t part of that deal was this 100-year-old disused and run down distillery site just a stone’s throw from their old family distillery. Guillermo inherited this from his grandfather and set about launching his own brand. After 6 years of rebuilding, the site is called La Fortaleza (meaning fortitude). His first bottle was sold in 2005 and today his brand is considered one of the best boutique 100% agave tequilas from the valley and I understand that the brand will officially be available in Australia very soon…

0
Australian Bartender June 5, 2013
No Comments Yet

Here’s 6 ace distillery bars; they distil great hooch, and will mix you a great drink too

Get down to Brix Distillers, Sydney’s newest distillery, for the Sydney Bar Week Launch Party

Here’s six USA whiskey distilleries that are worth a visit

The distilleries of Oaxaca – we go to Del Maguey