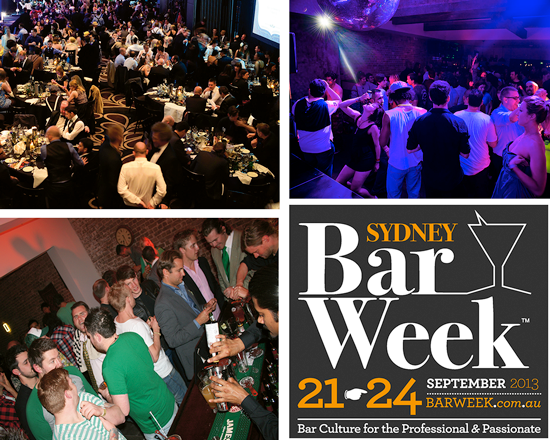 The workshops promise to be some of the best to date, taking place on the Monday 23rd and Tuesday the 24th of September. Among the many Monday highlights are talks from some of the leading industry operators in the session, How To Open a “Successful” Bar; a great seminar on Cuban rum from Karel ‘Papi’ Reyes and team Havana Club, a discussion on whether the cocktail boom is over, and loads more. On the Tuesday, New York City’s Cocktail Kingdom will hold a session on Barware, Books and Barkeeps for all you geeky ‘tenders out there, there’ll be an interactive look at the Old Fashioned from the fine folks at Woodford Reserve, an expert panel on the good and bad sides of cocktail comps (and even how to win one) and a session on the Rise and Redemption of Tequila from Casa Herradura. Click here to find out more and secure your ticket for the workshops now — tickets are limited!

Of course you’ll need to back it up in the evenings after the workshops too, because the nation’s biggest and best industry parties are on again. The Sunday 22nd is a Sugarcane Sunday, with an action-packed afternoon of rum-a-palooza fun open to both the trade and consumers, followed by the The Idiot Savant Prizes put on by Mitchell Bushell and Hugh Payten-Smith handing out some 14 awards, like the Dispense Bar Award for Crap Chat.

On the Monday night we host our 3rd biennial Most Influential List Party at Sweethearts. In its sixth year, the most influential bar operators, bartenders, suppliers and brand ambassadors will be recognised for the pull they have on the industry — voting opens soon, so keep an eye out! Afterwards, the Jameson Bartender’s Ball is back again after an amazing night last year, and again will be held at an undisclosed location — this will be a massive night!

Then to cap the week off it’s the industry’s night of nights, with the prestigious Australian Bartender Bar Awards being held again at Doltone House. The night will be action-packed with the Top 10 round of the Bartender of the Year sponsored by ABSOLUT ELYX and Havana Club being played out before some 600 members of the industry’s best and brightest. After that it’s off to the Oxford Art Factory for the highly anticipated third instalment of the ‘Put it in your Mouth’ Bar Awards after party.

And if you’re a Sydney bar with some big ideas for events for the general public that you’d like to host, let us know at david@spantonmedia.com so we can get you on the schedule for free.

It’s going to be a huge week!

For more details check out the new barweek.com.au website.