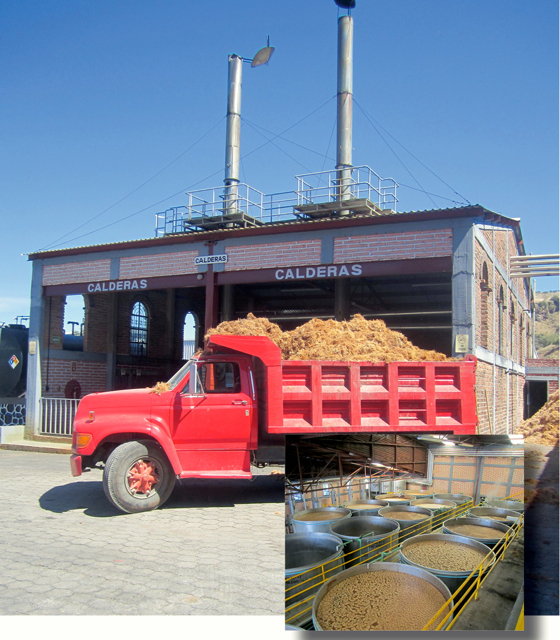 You don’t turn down an invitation to tour Mexico’s distileries with Tomas Estes and Phil Bayly. David Spanton got the rundown on some of the best distilleries in Tequila and in Oaxaca in our May issue; check out what he found at Casa Noble’s La Cofradia distillery below.

La Cofradia is situated only five minutes drive out of the town of Tequila and producing over 40 different brands of Tequila including their flagship 100% agave tequila Casa Noble. Casa Noble it’s worth pointing out is produced from the same facilities as all on site brands. Casa Noble was only launched 16 year ago and the brand has in recent years started to be taken more seriously including such fans as musician Carlos Santana who just recently purchased a stake in the brand. The big selling points our distillery host David Yan pointed out was that Casa Noble is triple distilled, Certified Organic, Kosher approved and part owned by Mr Santana…