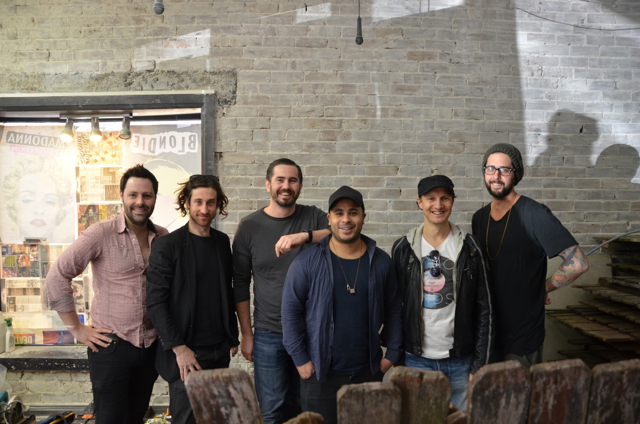 Bondi locals will have one more reason to stay put with the opening of new bar and restaurant Neighbourhood, by a collective that features Eddie de Souza, Joshua Evans, Stuart Morrow, Anthony Hughes and Keith Hodgson, along with former Bartender drinks editor, Simon McGoram.

Did we mention that it has its own radio station too? It’s all part of place that is here for the long-term, said de Souza.

“We really wanted to involve the community, because we are a radio station as well — we’re taking it to the digital era. So we’ve been putting quite a lot money and energy into the radio station as well. We didn’t just want to be a restaurant and a bar, we wanted that extra component — that was what attracted us to this venue.”

It will be table service only, but you’ll be able to get a seat at the bar, said McGoram. “We want locals to be able to come in sit at the bar, have a bit to eat and have a chat,” he said.

“We’re sourcing great products form around Australia, keeping it as local as possible,” said Morrow.
“The drinks will be classic-styled, but homemade,” he said. Add in childhood-inspired jaffles (made with some serious technque), and you have a local with staying power.

Neighbourhood plans to be open in the first weeks of August at 143 Curlewis Street, Bondi.

0
Australian Bartender July 9, 2013
No Comments Yet