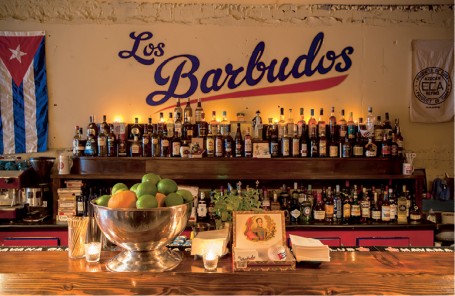 It looks like this is the month when the rum switch got flicked! From the team that brought you such bars as Lily Blacks and Mr Wow’s Emporium (see our December issue on that), comes a new bar that draws on all things Cuba, Los Barbudos. And as you can imagine might be the case, rum is front and center on the drinks list. Expect a list divided into Cuban classics (think Hemingway Daiquiris the Nacional) and “coctels de la casa” (which you probably don’t need to know Spanish to figure out means “house cocktails”, right?).

Not only are they riding the wave of a renaissance of rum, they take their name from the hipster accessory du jour — Los Barbudos means The Bearded in Spanish, as Castro’s guerrillas were called (the length of their beard was a matter of pride, as it signalled how long they had been with the revolution).

0
Australian Bartender August 5, 2013
No Comments Yet