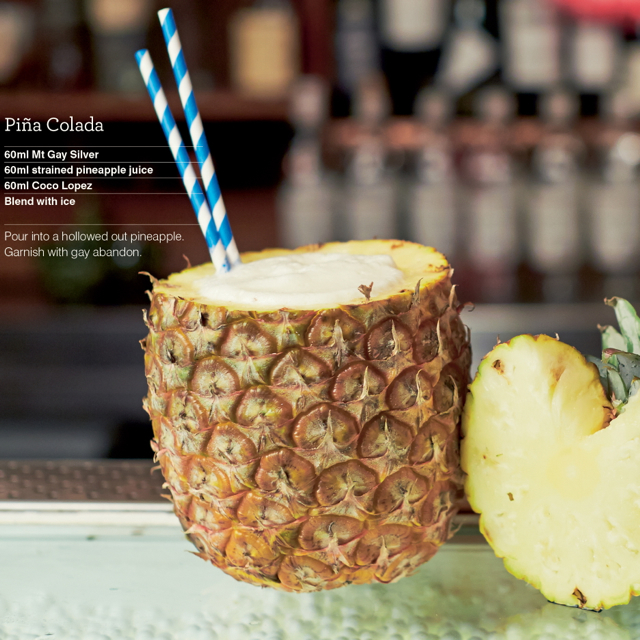 How To: The Piña Colada

There’s just three ingredients in the Piña Colada, but it’s not as easy as all that — but neither is it difficult. So why does the drink cop so much scorn?

“It’s funny how such a drink can make so many customers happy, yet so many bartenders feel that they can define themselves as a ‘better’ bartender by not making them,” said Tom Bulmer of new Bondi Junction bar Chimmi’s, (he’s also an ambassador of all things rum, convenor of the Sydney Rum Club and Sugarcane Sunday, and a connoisseur of fine floral shirts.)

The beautiful thing about the Piña Colada, as presented here by Bulmer, is that there is a reawakening going on — it seems bartenders have finally got to a place where, after rediscovering lost classics and perfecting technique, they can once again consider this drink and others like it.

“The Piña Colada has as much right to survival as any other forgotten classic and non-existent bitters. While many focus on pre-prohibition we also can’t forget the golden era of the 40’s and 50’s,” reckons Bulmer.

“While many say these cocktails are too ‘fruity’ to be classics, I can assure you if bars actually had access to fresh Caribbean fruits before 1920 they would have used them!” he said. “Besides, good luck finding a blender in the 1800’s.”

And what about the tarnished reputation of the blender as a tool behind the bar? Should people turn their nose up at blending the drink? Bulmer thinks not.

“Blending can be as much an art form as any other technique of making drinks,” he said, “even the use of flash blending for a Papa Doble or dry blending and whisking, which is common in current contemporary cocktails.”

Blending is absolutely crucial to the Piña Colada, too.

“Considering where this classic comes from, it’s even more important on those 40 degree days by the pool — would you have a whisky by the beach in Havana? The problem I think is that so many bartenders overlook the importance of using a blender properly. Just like over diluting a martini it is very easy to over ice a blended cocktail.”

As this is a drink of just three ingredients, using the best ingredients is important. Take the pineapple, you want to use fresh stuff, not bottled.

“If we are taking every other fresh pressed juice seriously these days, then why not the noble pineapple?” said Bulmer. “It’s the king of fruit!”

“You can’t really achieve the balance needed in this cocktail without using some fresh pineapple or freshly strained pineapple,” he said. “With a cocktail that only has three components it is important to use fresh juice as it is the only way to balance out the amazing sweetness of the Coco Lopez.” 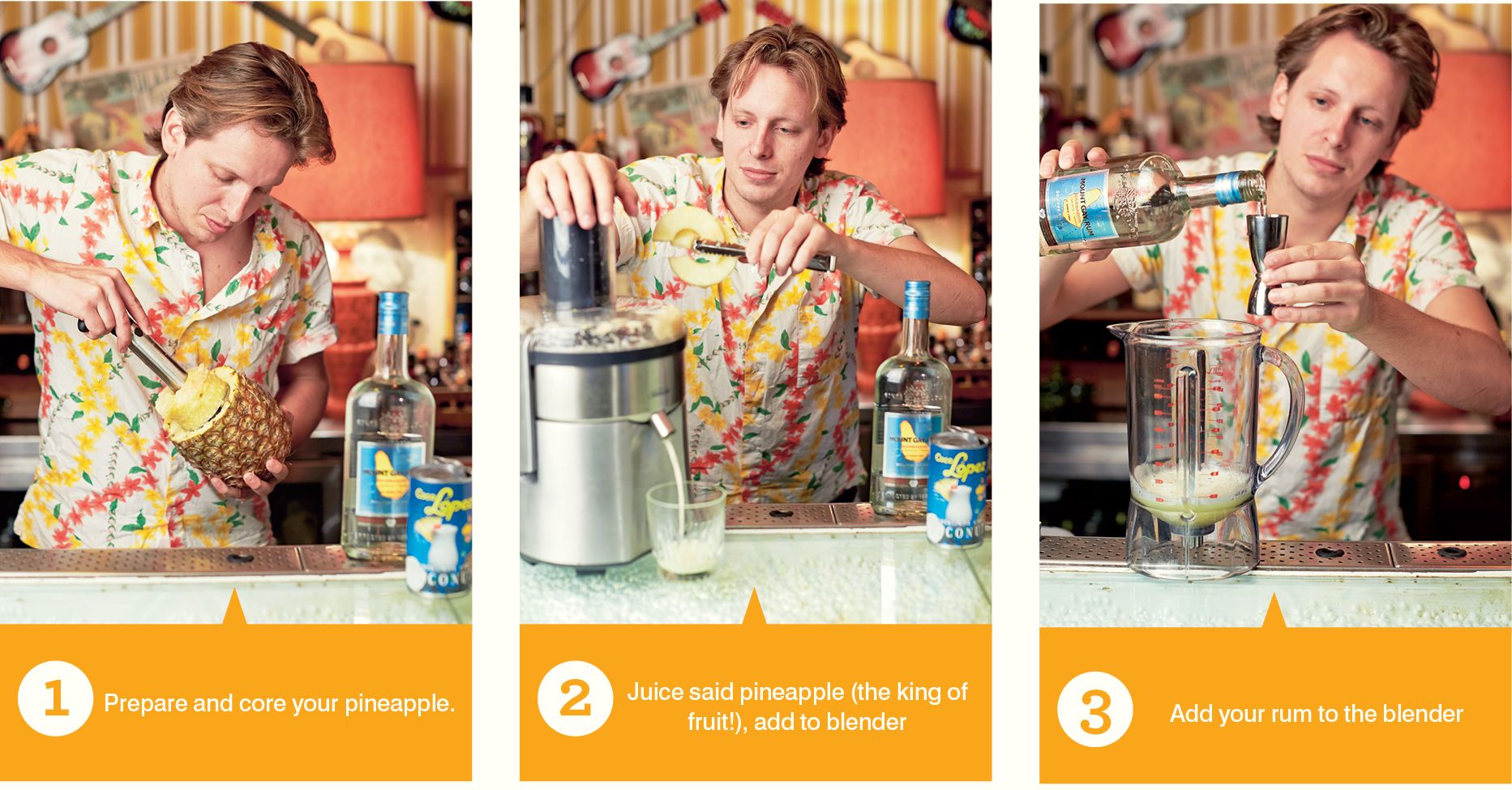 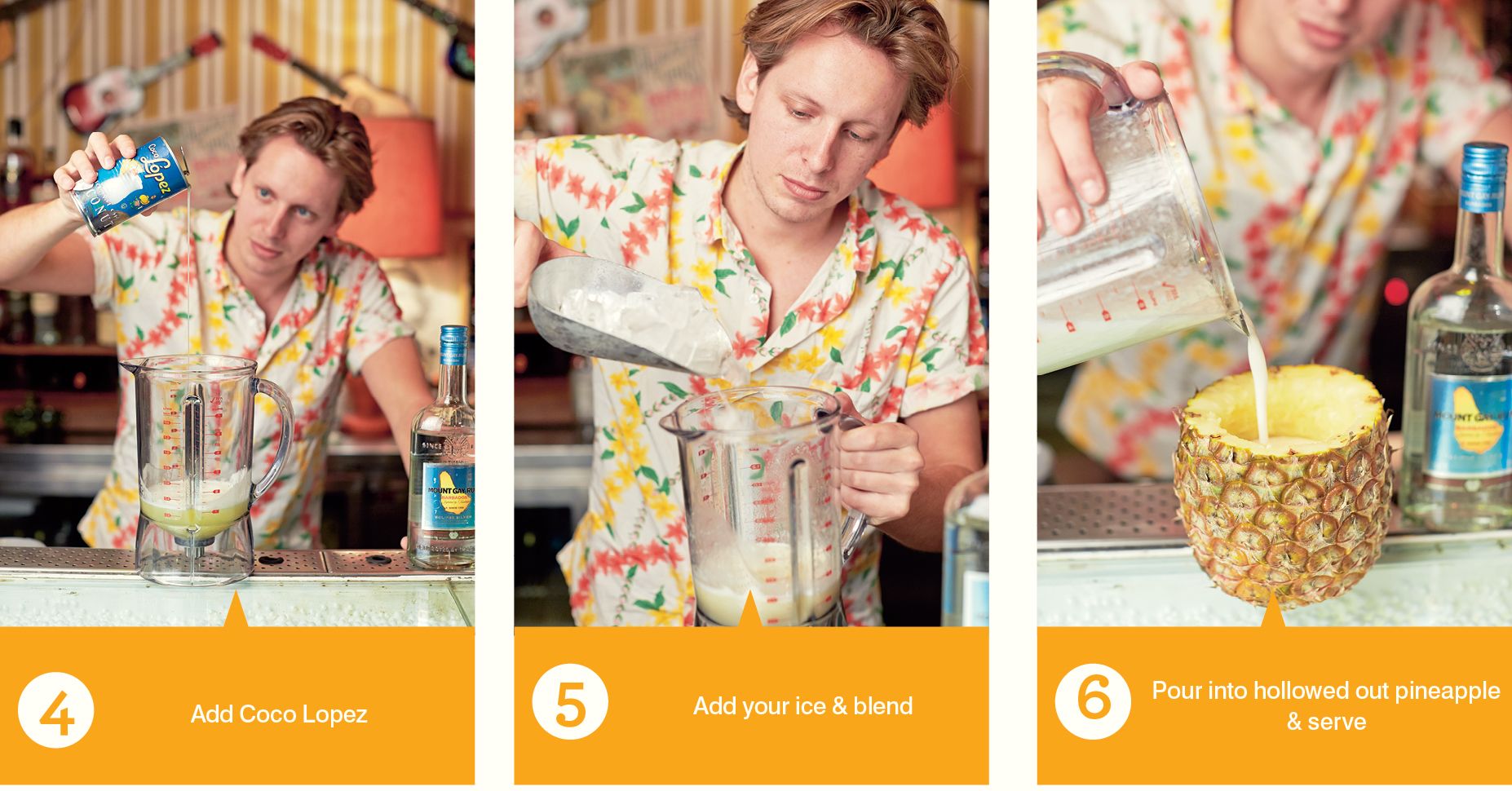 Tom’s tips for the Pina Colada

When making a blended cocktail you must consider the liquid volume of ice being placed in the blender; the easiest way to do this is by using a standard 12oz or 24oz ice scoop. The amount of ice really depends on the volume of liquid needed for the glass being used; in the case of hurricane glass or a hollowed out pineapple you would use one 24oz scoop worth of ice.

“Using a Puerto Rican white rum will produce a light balance, whereas a Colonial white rum (like El Dorado 3 Year Old or Mt Gay white, as we’ve used here) gives a creamy finish. If you want to try something interesting throw a little rhum agricole or some mezcal in the mix.”

What’s the story with Coco Lopez?

It’s kind of hard to find in this country — Bulmer has had to source his from overseas — so we asked Bulmer why it is important to a proper Piña Colada.

“It was the launch of Coco Lopez in the 1950’s that inspired [Ramon] Marrero to create the Piña Colada at the Hilton Caribe all those years ago. I think it’s crazy that with so many criticisms of the Piña Colada that so few bartenders have tasted one made properly with Coco Lopez. I wouldn’t go as far to say there is no substitute but I truly believe any attempts are second fiddle to the real deal and it’s impossible to understand why until you’ve tried it! The main problem I think is that it is often confused with a “coconut cream” or even cream when making a Piña Colada when in reality Coco Lopez is closer to coconut syrup and is called a “Cream of Coconut” which has a much greater glucose texture rather than creamy.