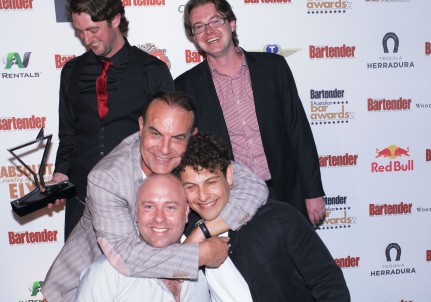 All the thrills, spills and live action from the ‘Oscars’ of the bar industry

Last night (Tuesday, 24th September), more than 500 bar industry professionals flocked to Doltone House in Pyrmont for the 13th annual Australian Bar Awards presented by Australian Bartender magazine. A week of bar industry events culminated in this flagship event that has been described as the ‘Oscars’ of the bar industry. With Sydney turning on some summer weather, the Australian bar community sipped on Cuba Libres, Penicillins, Manahattans, Tommy’s Margaritas and Gimlets presented by the guys from Trolley’d Bars.

Accomplished MC, Stu Gregor from Liquid Ideas and ABC’s The Gruen Planet took control of proceedings and launched straight into the awards. For the first time ever a series of state awards were presented with venues such as Zierholz in Canberra, Udaberri in Adelaide and Amor Bar in Hobart getting a nod for their achievements. In addition, a very happy crew from the Heritage Bar up in Townsville were honoured with the inaugural Regional Bar of the Year award after 20 years of operation.

When it came to the national awards, the crew from Swillhouse Group took home a slew of awards including Best Bar Operator, Best Bartenders’ Bar for Frankie’s Pizza in Sydney and both Bar of the Year and Bar Team of the Year for The Baxter Inn, also in Sydney. They were not the lone Sydney winners, however, with The Keystone Group (Bungalow 8, Sugarmill, The Rook, The Winery etc.) taking out the prize for Best Pub Operator and Bulletin Place winning the Cocktail Bar of the Year award. (For a full list of finalists click here).

It was an emotional victory in the Pub of the Year category, with the Drink n Dine team taking out top honours for The Forresters in Surry Hills. Earlier this year, one of the founders of the group and a much loved member of the bar community, James Miller, passed away and his business partner Jaime Wirth dedicated this award to his memory.

Other bars who took home silverware included Eau De Vie Melbourne for the Cocktail List of the Year, Public in Brisbane for Best Bar Food Selection and of course, Mr Fraser Short (of The Morrison & Watson’s Bay Hotel fame) who took out the award for Outstanding contribution for his 20 years of hard work and dedication to the Australian bar industry.

It was also a big night for Brisbane bars with Public winning the Best Bar Food Selection award, the New Pub of the Year prize going to Alfred & Constance and Cabiria taking out Best Wine Bar. The ‘Brisbane Massive’ also brought down the house when one of their own took out the Bartender of the Year award at the very end of the night. 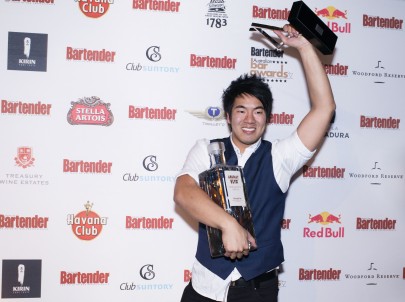 In a unique twist this year the finals of the Bartender Magazine Bartender of the Year Competition (proudly sponsored by Absolut Elyx & Havana Club) were held live on stage between awards. After a grueling day of competition on Monday, 10 of the country’s top bartenders had just four minutes to prepare two signature cocktails in front of an esteemed panel of judges and 500 industry peers! It was nerve-wracking business. Taking out the top prize was a youngster, Sean Chow from Gresham Bar up in Brisbane, the first time a banana bender has taken out this honour. In addition to the title of ‘Bartender of the Year’ the folks from Absolut Elyx will also be flying him to Sweden. In second place was Ben Blair from The Corner House in Bondi and in 3rd place was crowd favourite Cristiano Berretta from The Rook in Sydney.

Once the awards had wrapped up the partying continued with taxi loads of bar personnel heading to Oxford Art Factory for another installment of Put it in Your Mouth, the official Bar Awards after party which was packed to the rafters and boasted a Jacuzzi, glitter guns and everyone in their best ‘prom’ attire — even if it was bad taste from the waist down!

The Australian Bar Awards are held in conjunction with Bar Week, a series of trade and consumer events dedicated to the bar business. For more information visit www.barweek.com.au

Pub of the Year (State)

Bar of the Year (State)

Cocktail Bar of the Year (State)

Training Program of the Year 2013

Brand Ambassador of the Year 2013

Bartender of the Year 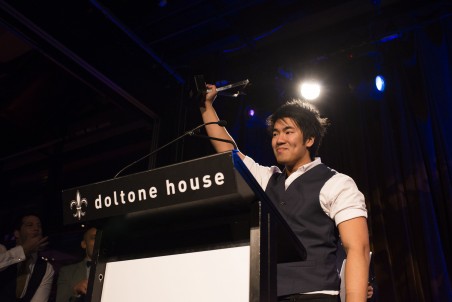 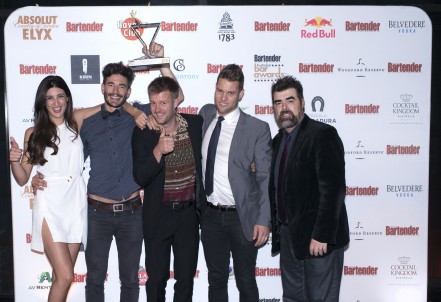 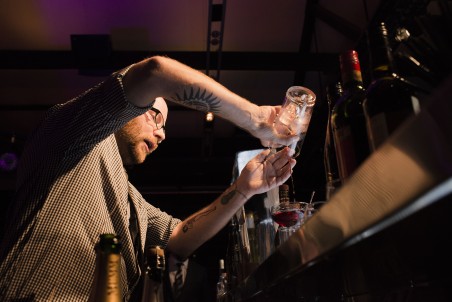 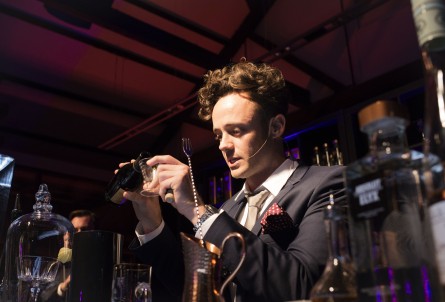 Here are your top 12 rum bars for 2021 in the 20th Annual Bartender Magazine Bar Awards!