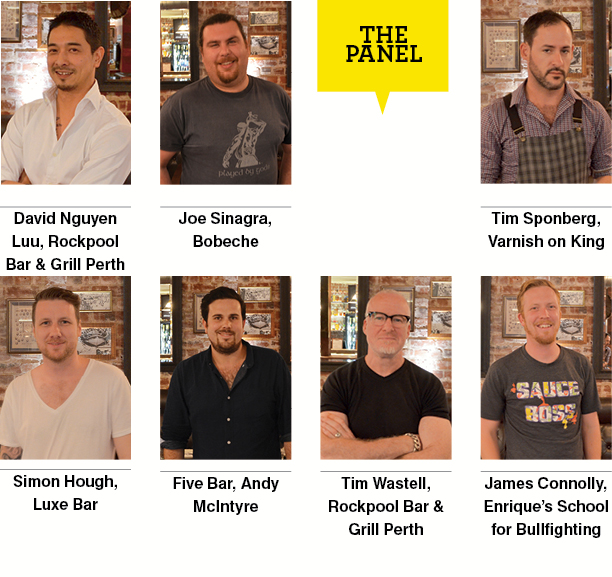 This month Australian Bartender takes the Blind Tasting on the road, and we rallied the panel — including Enrique’s School for Bullfighting’s James Connolly, Rockpool Bar & Grill Perth’s David Nguyen-Luu and Tim Wastell, Five Bar’s Andy McIntyre, Bobeche’s Joe Sinagra, Luxe Bar’s Simon Hough and from our host bar, Varnish on King, Tim Sponberg — for a tasting of aged rum. Rarely do we get quite so many well established bartenders onto the one panel, but then again it’s not every month that we can take the trip to Perth, let alone with one of the bartending scene’s favourite spirits.

Or is it? Out of the panel of seven bartenders there was only one — James Connolly — who confided that rum was his least favourite spirit category. Not that he doesn’t know his stuff, mind you (he was the only guy on the panel to identify the Bacardi 8 out of the lineup), it’s just that he finds rum “a bit obvious” in its flavour profile, he said. It’s a refreshing perspective if you ask me — I too don’t get overly enthused about rum. Where rum comes into its own, though, is the ways you can use it in mixing.

That’s what Joe Sinagra reckons, anyway. “It’s just so versatile,” he said, because it opens up so many possible flavour combinations. Tim Wastell thinks that the virtue of rum is in the breadth of flavours and expressions — and that there is a rum out there for everyone. “I always say that if you think you don’t like rum, you just haven’t tried enough,” he said.

On the day, there was one rum that stood out as a rum for them, and that was the Matusalem Gran Reserva 15. It possessed a balance, structure and complexity that — married with a pleasant dryness — put it ahead of each of the other rums in the tasting. Although now made in the Dominican Republic, the Matusalem brand is originally from Cuba, uses a solera blending system, and the 15 on the label reflects the average age of the rums in the blend.

Correction: The print version of this story appears in our December issue; we must have had too much good rum that day because we’ve labelled the story incorrectly as “100% agave”. Clearly no agaves were harmed in this Aged Rum blind tasting.

Click through on the image below to see the tasting notes and scores in a larger view. 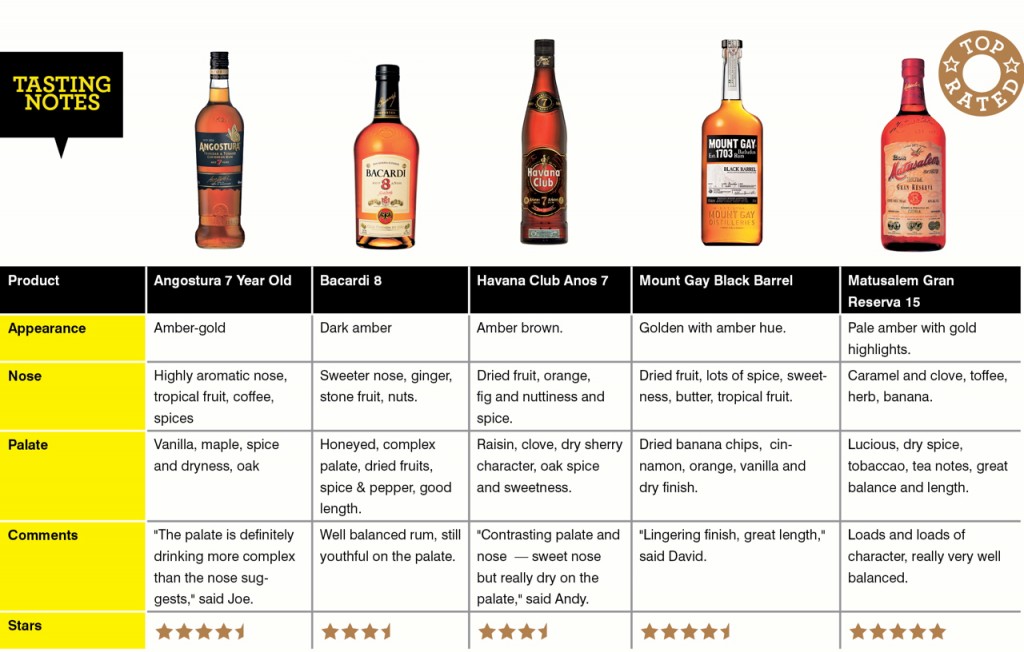 0
Australian Bartender November 27, 2013
No Comments Yet