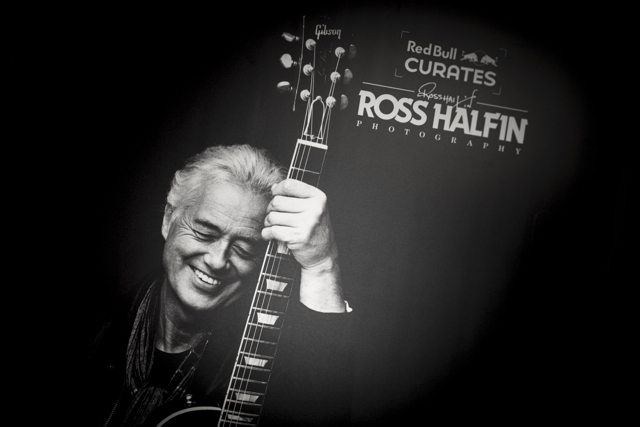 If it weren’t for booze, we’re pretty sure there’d be no rock and roll. Without it we’d have been doomed to an endless loop of Hanson or, worse yet, Nickelback. Thankfully there is booze and bars and rock and roll is all the better for it, and there’s few people who have seen it as close up as snapper Ross Halfin.

Halfin grew up on a diet of The Who, Led Zeppelin and Black Sabbath and worked as a freelance photographer documenting the rise of punk, before co-founding Kerrang! billed as the world’s first hard rock mag. He chronicled the rise of bands like Guns N’ Roses, Metallica and Mötley Crüe, travelling the world with the bands and capturing the heady, electric days of rock stars. This has culminated in a grand exhibition in partnership with Red Bull Curates that has just opened at Sydney’s Gardel’s Bar at Porteño.

60 of Halfin’s favourite shots are on display at Gardel’s, as well as smaller exhibits in bars around the country.

“Australia has always been one of my favourite places to travel to, from when I used to come here with INXS in the 80’s to recently with Kings Of Leon,” said Halfin. “What interested me about staging this exhibition was showing my work in a social environment, where the hopefully the pictures and the stories behind them resonate with people.”

You can catch the exhibition, Red Bull Curates :: Ross Halfin at Gardel’s Bar until Saturday 21 December at 358 Cleveland Street, Surry Hills NSW. You can find smaller exhibitions at the bars listed below.

0
Australian Bartender December 9, 2013
No Comments Yet

Red Bull is making its foray into mixers with a new range, Organics by Red Bull

Here’s seven 10-second cocktails to speed up your service