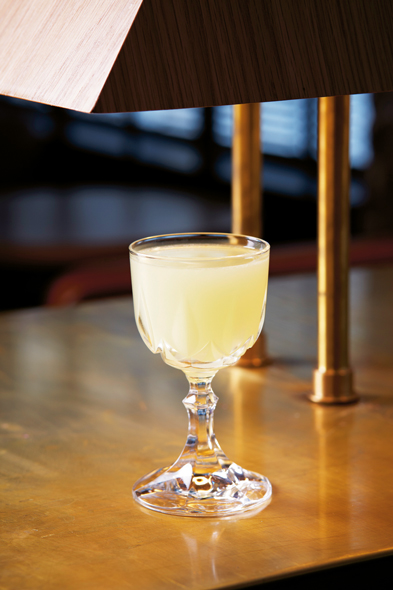 There’s a story behind this drink which kind of illustrates the world we live in — at least, the kind of world Americans live in. It’s a story of two Americas, I guess; two ends of the spectrum.

If you’ve been around bartending for a little while, you’ve likely heard of this drink, The Last Word. And if you haven’t come across this mixture of gin, Chartreuse, maraschino and lime then you might have met The Final Ward — a riff on this drink (created by NYC bartender Phil Ward) that subs in rye whiskey for gin, and switches lime juice to lemon juice. Whichever drink you choose, you pays your money and you takes your choice: they’re both delicious.

The Last Word has some pretty exclusive origins: created at The Detroit Athletic Club some time around Prohibition, it would have been among a number of pleasures afforded to the rich, well-to-do young men who were members of the exclusive club.

After falling off the radar, the drink was revived by the team at the Pegu Club in the mid-naughts, and got a lot of attention after one Murray Stenson put it on the menu at the Zig Zag Café in Seattle. Stenson is no rookie bartender with a dusty old book, by the way: the man has been tending bar for some 38 years now, and was named by his peers as the Best American Bartender at Tales of the Cocktail back in 2010. He comes across in interviews as a humble guy, not always enamoured with the geekery of the trade (he told eater.com that “I don’t need a special ice education. That’s stupid.”), but hit the headlines a couple of years back when he was told he had to undergo open heart surgery.

Stenson, you see, works in America. And open heart surgery isn’t cheap in America. He had no healthcare working in the bar trade, and so no options to get the surgery done. Except this is what’s great about the bar trade: events were held not just across America but across the globe, raising money for this guy to get the help he needed. I don’t imagine that the exclusive members only clubs look so fondly on members of their kind who’ve faced that kind of difficulty..

And Stenson? He’s back at work, looking to open his own joint with the help of a few financial suckers. Perhaps he should knock on the door of the Detroit Athletic Club? 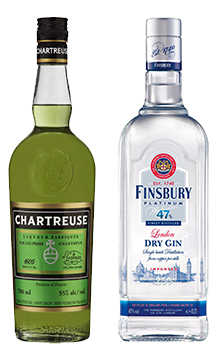 The monks who make Chartreuse have been at it for a while — since 1737 to be exact. The melange of aromatic herbal notes give this drink a welcome nose, complementing the botanicals of the gin; the sweetneess of the liqueur rounds out the acid of the lime, and the higher alcohol content carries the flavour through to a long lingering finish.
Suntory

Made to a recipe from 1740, single batch distilled and bottled at a healthy 47 per cent ABV, we like this gin for our G&T’s and this cocktail too  — the higher proof  (but not overproof) alcohol and the juniper-forward palate carries the Chartreuse and citrus.
Suntory