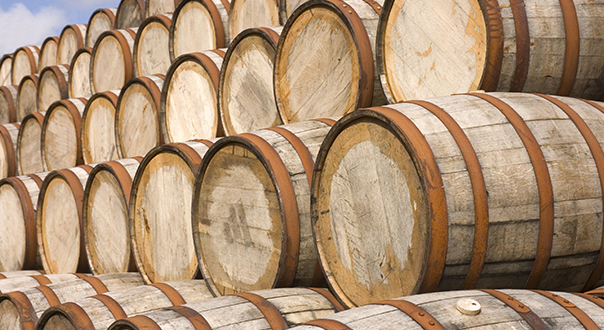 What’s in a name? Well, when it comes to a name that is a legally defined protected designation, there’s quite a lot to it.

And there appears to be a clash from two big spirits companies over what it means for a whiskey to be called Tennessee whiskey.

Last year, the Tennessee state legislature passed legislation that defined Tennessee whiskey as whiskey that was made from at least 51 percent corn, aged in new oak barrels, charcoal mellowed and aged in Tennessee.  And now this year, there is legislation before the state legislature to amend that definition to allow distillers to age their whiskey in rejuvenated barrels — that is, barrels that have held spirit before but have been cleaned up, planed back and re-charred.

On one side of the argument is Brown Forman and Jack Daniels’ master distiller, Jeff Arnett. He was quoted in the Tennessean as saying that new oak barrels were essential to maintaining the quality and reputation of the Tennessee whiskey designation:

“What we have here is nothing more than an effort to allow manufacturers to deviate from that standard, produce a product that’s inferior to bourbon and label it Tennessee whiskey — while undermining the process we’ve worked for nearly 150 years to protect,” said Arnett.

On the other side of the argument is Diageo, whose brand George Dickel is based in Tennessee. A spokesperson for Diageo was quoted in the Tullahoma News as saying that “the bill is anti-competitive and hurts smaller distillers, while allowing one company to define an entire category of whiskey.”

To read more, check out the story on the Tennessean by clicking here.