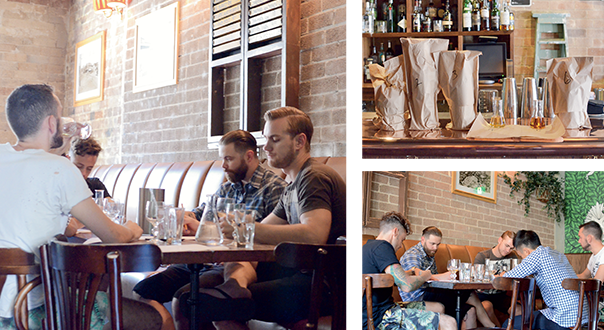 This month we get peaty. Or is that smoky? And if it is, then what kind of smoke — vegetative, peaty smoke, wood smoke, or better yet, meaty smoke? Mmm. Bacon.

We took six delicious drams down to Surry Hills’ The Wild Rover. Most whiskies were from Scotland but there was one curveball thrown into the mix: the High West Campfire, which was a blend of bourbon, rye whiskey, and peated Scotch whisky.

We asked the panel if peated whisky was their thing. “If I had to choose something, Laphroaig is my taste of choice,” said Brendan Keown. “It’s definitely my go to drink,” he said.

Jon Carr thought that it depended on the occasion.

“It kind of suits more after a meal,” he said, “after you’ve had that maybe first, quite highland malt — then you move on to this. It’s an end for a night, you know, you’re finishing off for the night if you’re having some big and peaty whisky — maybe with a cigar if you’re feeling romantic about it,” said Carr.

The term peated whiskies comes about because some distilleries dry the germinated malt before fermentation by lighting fires with peat. Peat itself is the accumulated vegetative detritus that, when dried out, can be use as a fuel source — kind of like coal.

The panel agreed that there can be some confusion when people talk about peat and smoke.

“I think when people talk about smoky, they can confuse it with spicy,” said Keown.

“When you get the seaside, iodine-notes coming through, that sometimes can be mistaken for smoke or peat,” said Carr.

With so much flavour packed into these drams, though, are they suitable for mixing?

“I’m pretty Catholic when it comes to my whiskey,” said Keown, “but you know, bigger peated whiskies can be much better for a Sour. Say someone drinks a Glenmorangie normally, I’ll recommend them a Talisker because the sugar and lemon counters the smoke a little bit; whereas the Glenmorangie will get a little lost if you shake it up in a cocktail.”

“They’re robust. I think robust spirits stand up well in a cocktail,” he said.

“I think gone are the days when it was consider wrong to mix your whiskies,” said Carr. 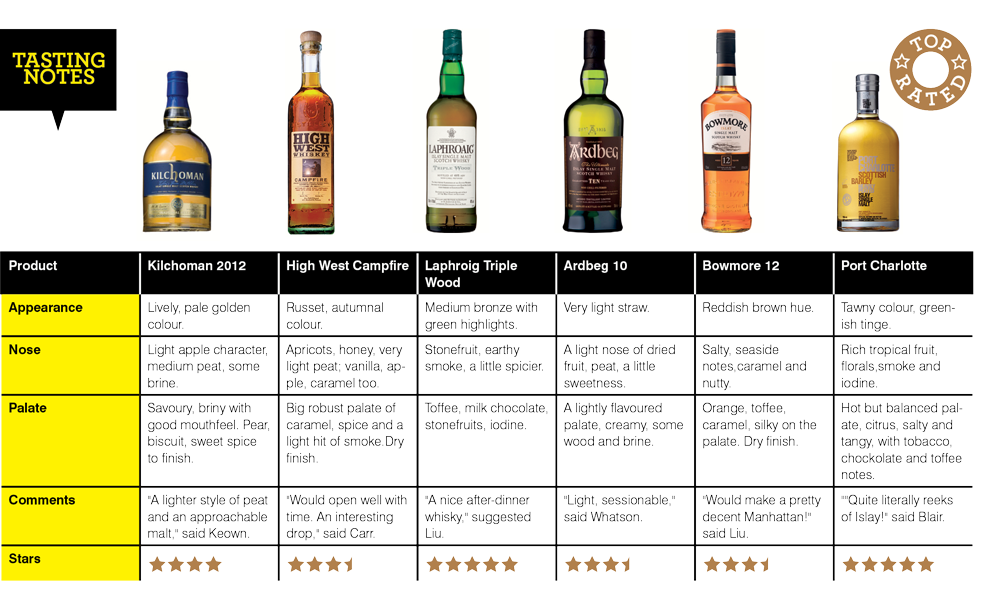