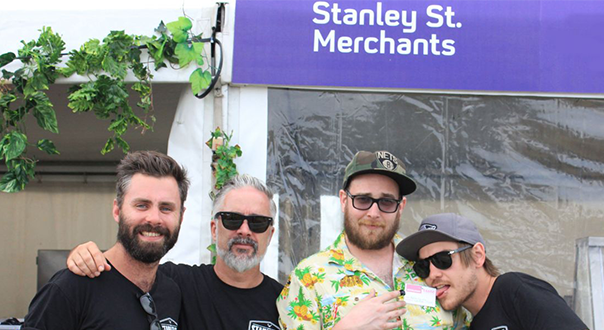 The winning concept for the first season at crowdfunded Sydney venue, IconPark, has been announced. The quartet of Jeremy Spencer (The West Winds Gin), Bobby Carey (formerly of Shady Pines Saloon and Riley St Garage), Sal Malatesta (St Ali) and chef Matt Stone (Greenhouse) have emerged as the crowdfunded favourite with their concept, Stanley St Merchants.

Over the last three weeks, the top six concepts (from over 100) have been put before the public, with the teams that are best supported going through to a round of four. Each team had to win over the public, seeking forward bookings and supporters. With thirty minutes to go on Monday night before the end of pledges, the top two teams both broke through $100,000 mark, IconPark said.

In the end it was Stanley St Merchants and their concept of “locally foraged, internationally renowned” that came out on top with 811 supporters and a truckfull of pledges. The hospitality veterans had a great deal of support from bartenders not just in Sydney, but around the country.