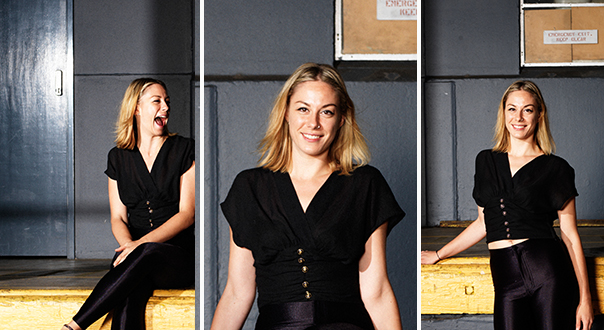 We’re continuing our series of interviews with women in the bar industry. Today, we speak to bartender Stephanie Haile from Sydney’s Mojo Record Bar.

How have you seen the ‘boys’ club’ of the bartending industry change — if at all — in the time since you started in the industry?

I don’t think it’s changed much at all. Historically there has always been a higher percentage of men than woman that choose bartending as a career, the ‘boys club’ is a reflection of that. I think it’s always going to be a more male dominated industry but that doesn’t mean that women aren’t getting a look in.

In general I would say yes. The ratio of women to men working in the top end bars is not actually representative of the ratio throughout the rest of the industry, but I think that will change in the future. There are more women making a career out of hospitality and wanting to break into the top end bars all the time.

Could you tell us a little about how you got to where you are today?

I started out working in a pub when I finished school, and continued to work in bars and pubs while I finished my degree. It wasn’t until I moved to Sydney in 2010 and started working here that I got really passionate about what I was doing. Working my way up from bartender to bar manager at Hard Rock was an amazing experience for me and I learned a lot from being part of a large hospitality business. I moved into small bars to expand my knowledge and skills, it’s been a big contrast for me but a very welcome one. I’m loving what I’m doing more than ever.

There are many.  All the woman who have worked hard and got far in the industry are role models for me. If I had to single out one it would be Tash Conte, owner of the Black Pearl. I heard her speak about running the bar at a talk a few months ago, her passion and knowledge are awesome.

I wouldn’t say they are patronising as such. It’s always good for the ladies to get recognition. But I don’t think they are necessary in any way to raise the profile of women in the industry; that would happen whether someone made a list or not.

There can be but for me it’s a point of perspective. I have never once thought that I couldn’t do something just because I’m a girl. I think it’s easy for women to feel there are barriers because there are so many male bartenders and it’s never been common before for women to make careers out of bartending. We have the same ability to give amazing customer service, learn about products and make great drinks as the guys do.